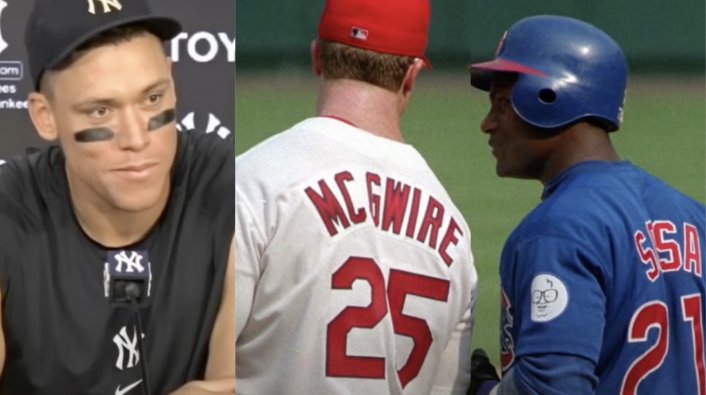 On Tuesday night, Yankees slugger Aaron Judge belted his 60th home run of the year, propelling his team to a 9-8 comeback victory over the visiting Pittsburgh Pirates. In accomplishing this feat, the towering outfielder became just the third American League player ever to reach the 60-home run plateau since former Yankee greats Babe Ruth (1927) and Roger Maris (1961) set the historical mark several decades ago. Judge's pursuit of the single-season homerun record is not generating the same amount of media attention and fan engagement that Mark McGwire and Sammy Sosa did when they both shattered the record during the infamous "steroid era" back in the late 90s or when Barry Bonds came along and demolished the prestigious mark in the early 2000s. But unlike those former power hitters, Aaron Judge's name is not synonymous with performance enhancement drugs. Thus, in the eyes of many, the 6'7 four-time all-star is on the verge of bringing legitimacy back to the heralded single-season record, assuming he surpasses it sometime during the Yankees remaining 15 regular season games.

On Wednesday, the New York Yankees begin a four-game homestand against the last-place Boston Red Sox. The prospect of breaking Roger Maris's American League single-season home run record will undoubtedly loon over the highly anticipated series. But, in addition to setting a new home run mark, Judge can also solidify his chance to secure a triple crown this year, if also claims the batting average title and RBI title.

For more on this story, stay tuned.