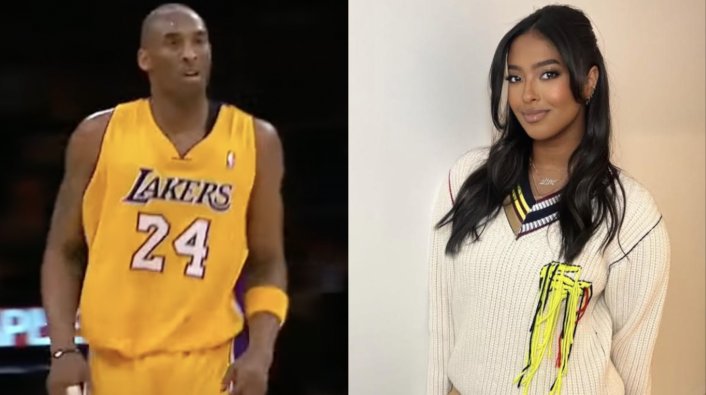 Kobe Bryant is one of the most beloved athletes in the history of professional sports in Los Angeles. The Laker legend helped his franchise hoist five Larry O'Brien Trophies during his illustrious playing career for the team that drafted him. In addition to winning two NBA Finals MVPs, Kobe was a notable family man who left behind his wife (Vanessa Bryant) and three of their daughters in the wake of his tragic passing, alongside his second-oldest child (Gigi Bryant). Since Kobe's untimely death in 2020, his legacy in Los Angeles and his finances have grown exponentially. At the time of his death, his net worth was $600 million. Today, his estate is worth over $1 billion. Needless to say, there remains a strong interest in his playing career, his legacy, and the remaining members of his immediate family, which includes his oldest daughter, Natalia. According to reports, the 19-year-old recently filed a restraining order against a 32-year-old man named Dwane Kemp, at the Los Angeles Superior Court. Natalia's attorney claims that Kemp has stalked his client since before she became a legal adult in California.

It all started about four years ago when Kemp hopped into the comment section of one of Natalia's Instagram live videos before sending her kissing & heart emojis while she was still a high school student. The display of infatuation evolved into Kemp allegedly searching for Natalia on her college campus at USC, amid threats that he would meet her at her sorority house. Kemp reportedly added a new firearm to his growing collection shortly after visiting the USC campus.