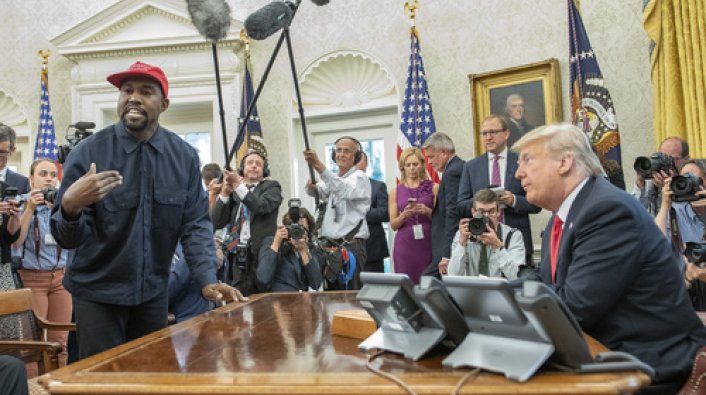 Donald Trump and Kanye West’s legacies have been tied together, as West’s stamp of approval and wearing a ‘Make America Great Again’ hat fueled Trump’s rise in politics. However, despite being friends, Trump reportedly thinks West is acting “crazy” and needs professional “help.”

Sources close to Trump spoke to Rolling Stone and said the comments from the former president came ahead of his comments about George Floyd on ‘Drink Champs.’ The rapper also commented on Jewish people, saying they “have owned the Black voice.”

Comments from West have garnered attention from others like Boosie, who said West has a “deep hatred” in his heart for Black people. Stay tuned for more updates.