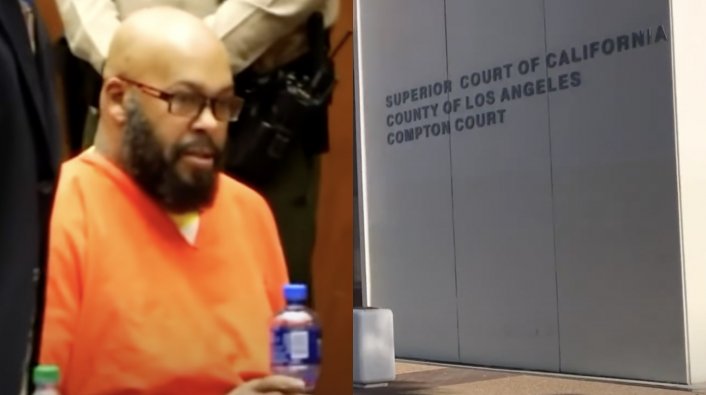 On January 29, 2015, Suge Knight ran over a man named Cle "Bone" Sloan and Terry Carter with his red Ford Raptor pickup truck, moments after being removed from the production lot of the "Straight Outta Compton." Unfortunately for the latter, he did not survive the horrific incident that took place in the parking lot of Tam's Burgers in Compton, California. Three years later, Judge Ronald Coen of the Los Angeles Superior Court sentenced the former CEO of Death Row Records to 28 years in prison. But long before the dust cleared on his aforementioned murder case, Terry Carter's widow, Lillian, and two daughters, Crystal and Nekaya, filed a wrongful lawsuit against Knight. The legal dispute made its way to the Compton Superior Court on Wednesday, where Judge Thomas Long declared that the case was a mistrial after the jurors voted 7-5 in favor of holding Knight liable for the death of Carter.  This surprising announcement comes about one week after, Judge Long revealed that the jurors were at a bit of a standstill regarding the matter at hand. According to reports, when the jurors deliberated in order to come to a mutual agreement with one another, their discussion became so intense that it seemed like a physical altercation was about to ensue.

Despite the fact that this trial did not produce favorable results, the Carter family lawyer said that his clients are reportedly gearing up to make another run at a civil lawsuit against Knight. “We’re not deterred at all, and now we’re in a much better space to try this case again,” said Lance Behringer. “Knight never sat for a deposition. There was no written discovery. When he testified for the first time during the trial, we had to respond on the spot. Now we have time to go through it. We know what their defense is for the first time.”

For more news on this case, hit the link below.