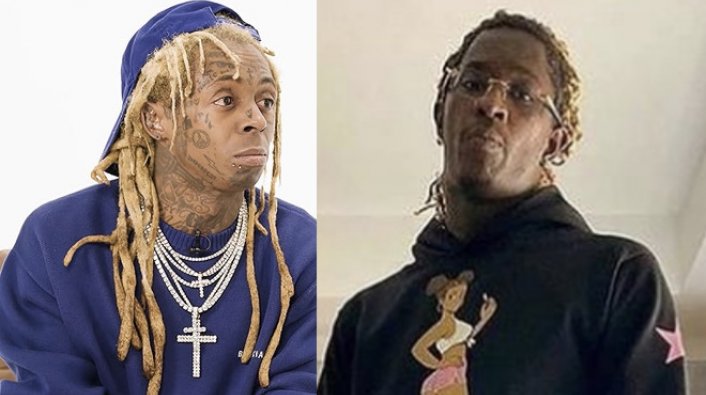 Young Thug and Gunna, along with 26 other people associated with Young Slime Life (YSL), were indicted this week, and now details from the 88-page indictment have surfaced.

According to the New York Times, prosecutors addressed a 2015 incident where Lil Wayne's tour bus was shot up in Atlanta. Prosecutors allege that the man accused of shooting the bus, Jimmy Winfrey, also known as Peewee Roscoe, has ties to YSL. Winfrey is expected to be re-tried in the shooting incident, as he was initially sentenced to 20 years but was released on a technicality. Young Thug and Birdman were listed as co-conspirators in the tour bus shooting, but they were never charged. Winfrey has been charged with aggravated assault with a deadly weapon in the recent indictment.

Another incident brought up in the indictment involves an alleged YFN attempt on rapper YFN Lucci's life two months ago when he was stabbed in jail. Young Thug was arrested and charged with racketeering, murder, armed robbery, and participation in criminal street gang activity. Gunna turned himself over to authorities on Monday (May 10), and he was charged with one count of conspiring to violate the RICO Act.