O.J. Simpson Avoids L.A Because He May Be "Sitting Next To" Wife's Real Killer 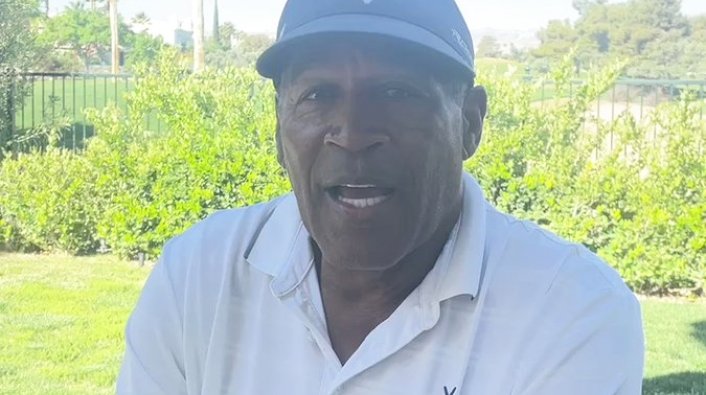 OJ Simpson has still been making headlines, as the former football player previously had Bill Cosby respond to comments Simpson made about his parole. Simpson noted that Cosby not taking a course related to sex in prison may have cost him his parole. However, Cosby got out of prison shortly after and responded to Simpson, saying being paroled is like being “property of your oppressor.” Now, Simpson is back in headlines again after commenting on his late wife’s “real killers.”

During an interview with The Athletic, he spoke on Los Angeles while talking about being named the 41st best football player in history. While OJ played for San Francisco, which is hundreds of miles away, he was very candid about Los Angeles.

Simpson said, “I have trouble with LA. People may think this is self-serving, but I might be sitting next to whoever did it. I really don’t know who did this.” It was noted that Simpson wasn’t found guilty for the murder of his wife in criminal court but was found responsible for her death and others in civil court in 1995. In the article, Simpson noted he still does not know who committed the murders related to his wife. “I figured eventually somebody would confess to something, you know? I had one suspect I told my lawyers to look at. I still think he might be involved, but I can’t talk about it,” said Simpson.