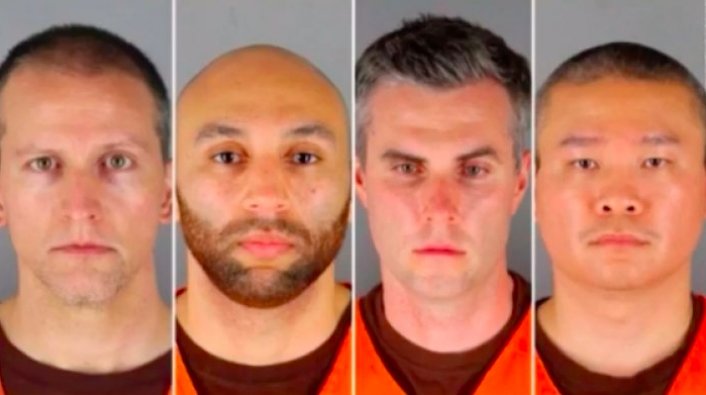 Previously, it was revealed that the lawyer for convicted murderer Derek Chauvin is seeking a new trial, saying that Chauvin’s constitutional rights were compromised many times during the initial trial proceedings. Chauvin was convicted of second-degree murder, third-degree murder, and second-degree manslaughter in connection with the murder of George Floyd in 2020. Now, reports surfaced noting the four former police officers involved in Floyd’s death are now being indicted by a federal grand jury.

Along with that, the three officers and former cop Thomas Lane were charged with failing to give Floyd medical aid. The indictment said, “the defendants saw George Floyd lying on the ground in clear need of medical care, and willfully failed to aid Floyd, thereby acting with deliberate indifference to a substantial risk of harm to Floyd."