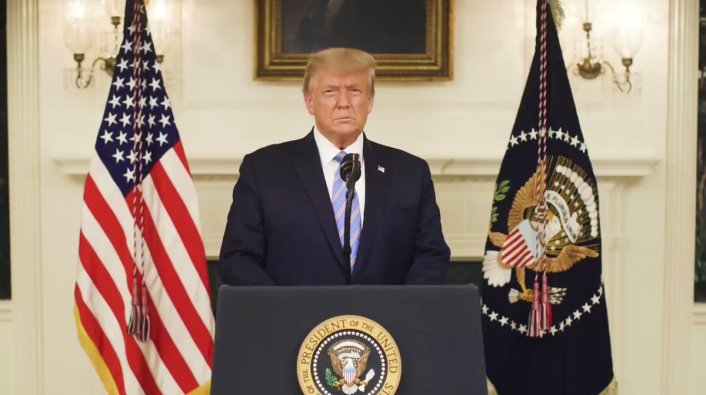 The results of a new poll revealed on Sunday that nearly half of Republicans would leave the party to join former President Donald Trump's party if he chose to branch off.

A USA Today and Suffolk University poll stated that 46% of Republican voters would follow Trump away from the party. The poll, which had a 3% margin of error, questioned 1,000 GOP voters according to 2020 polls.

"We feel like Republicans don't fight enough for us, and we all see Donald Trump fighting for us as hard as he can, every single day," said a 27-year-old small business owner in Milwaukee. "But then you have establishment Republicans who just agree with establishment Democrats and everything, and they don't ever push back."

Some respondents believe Trump will take over the party anyway, while others said the Republican Party should have shown more loyalty to the former president. After being acquitted during his impeachment trial, the poll found that 42% of voters said Trump's acquittal made them more supportive. In addition, 80% of respondents said they would be less likely to back a Republican candidate who voted to convict Trump.

Since leaving office, Trump has reportedly hosted Republican lawmakers at his Mar-a-Lago resort, in Florida, where he's stated his intent to retaliate against Republicans in Congress who didn't back him during his impeachment trial. He's expected to deliver the keynote address and talk about "the future of the Republican Party and the conservative movement" at the Conservative Political Action Conference on February 28.