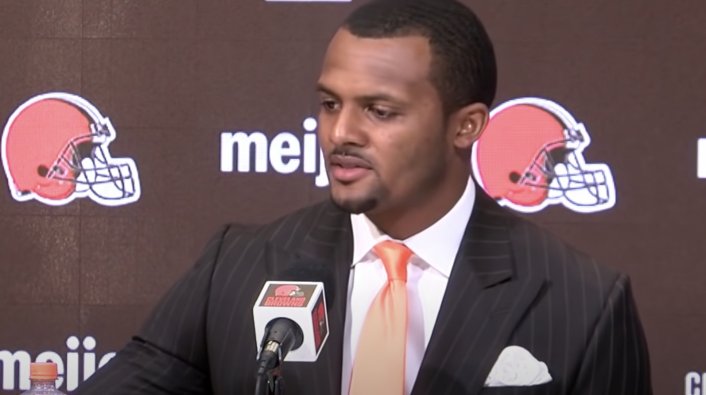 Previously, Deshaun Watson and his lawyer exposed alleged DMs and text messages from the NFL player’s latest accuser. The woman was reportedly experiencing “unrequited love” with the football player, and one of the messages found Jane Doe saying, “I have the best head in all of Houston” and “Let me know when you’re ready to make big deposits.” Now, it has been revealed that Watson will be returning to the field this Sunday after his suspension, and his accusers will be present for that game.

10 of the accusers against Watson, along with lawyer Tony Buzbee, will be attending the game. They are reportedly set to sit in a suite at NRG Stadium, and Buzbee noted he wants Watson to be reminded of his accusers.

While speaking to TMZ, Buzbee said, “You think you put us behind you, but we are still here.” News of this comes after Watson was suspended for 11 games and fined $5 million for misconduct during the offseason, leading to numerous female massage therapists speaking out against the NFL player.