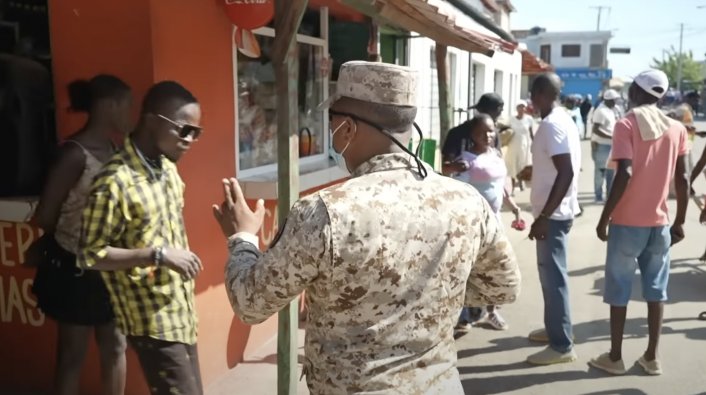 The United States Embassy in the capital city of the Dominican Republic (Santo Domingo) recently issued a warning to American citizens with "darker skin" and/or African ancestry currently residing on the island. The reason behind the cautionary alert is that Dominican Migration (DGM) is in the midst of conducting a countrywide investigation centered around a migration policy that primarily focuses on an influx of undocumented immigrants, many of whom are Haitians from their neighboring country. Immigration between the two countries on the Caribbean island of Hispaniola is a deeply rooted topic that has been debated for several decades.  Territorial claims between the Dominican Republic and Haiti have also sparked a multitude of wars and political conflicts in the past century.

Several countries from the U.N. are beginning to express frustration about the way Haitian migrants are allegedly being treated by the government in the DR, even though their government has taken in millions of refugees. Conversely, the DR has reportedly deported over 140,000 Haitians this year. Despite resistance from the U.N., government officials in the DR have remained steadfast in their efforts to restrict migration in hopes of stabilizing their economy first. But now, there is a growing concern amongst American government officials that the DR's initiative may affect Americans with darker skin who are also on the island. Hence, the U.S. Embassy released a warning to their citizens, indicating that if they're in the wrong place at the wrong time, they may find themselves mistaken for Haitian migrants and detained in a facility with inhuman conditions for an extended amount of time unless they have their passports on them.

"This message is to advise U.S. citizens that in recent months travelers to the Dominican Republic have reported being delayed, detained, or subject to heightened questioning at ports of entry and in other encounters with immigration officials based on their skin color. Reports of disparate treatment of U.S. citizens by Dominican authorities are a matter of ongoing concern to the U.S. Embassy.

In addition, in recent days, as reported in Dominican media, Dominican Migration (DGM) agents have conducted widespread operations aimed at detaining those they believe to be undocumented migrants, especially persons of Haitian descent. In some cases, authorities have not respected these individuals’ legal status in the Dominican Republic or nationality. These actions may lead to increased interaction with Dominican authorities, especially for darker skinned U.S. citizens and U.S. citizens of African descent. There are reports that detainees are kept in overcrowded detention centers, without the ability to challenge their detention, and without access to food or restroom facilities, sometimes for days at a time, before being released or deported to Haiti."

In response, government officials from the DR issued a statement denying the aforementioned allegations from the US Embassy before underlining America's track record for race relations and policies regarding immigration.

"The Dominican government never could have imagined there would be such a harsh insinuation made about our country, much less from an ally that has been subject to accusations of xenophobic and racist treatment of migrants, including in parts of its own population," wrote the Dominican Foreign Ministry.

On the surface, this is yet another political narrative in the relationship between the Dominican Republic and Haiti, with several layers and two sides to a story. But for many, it's a highly emotional occurrence that evokes the painful reality of colorism throughout Latin America and the Caribbean.