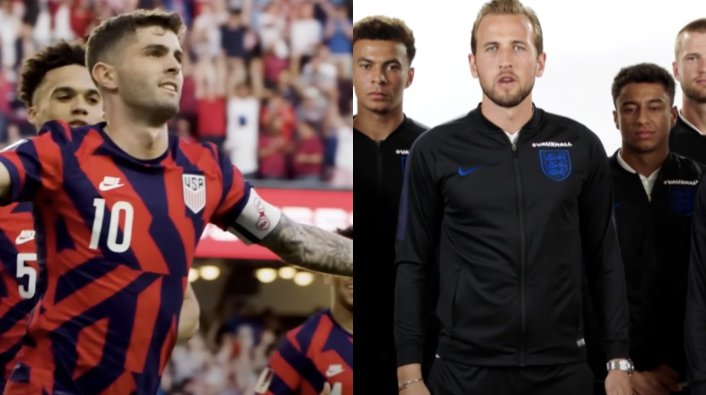 According to reports, the Black Friday matchup between the United States of America and England (on FOX at 2pm EST) at this year's World Cup in Qatar is expected to be the most-watched professional soccer game in American history. England is home to what many consider the best professional soccer league on the planet (the English Premier League). The country also invented the sport. Nevertheless, England's national soccer team has only claimed one World Cup title (1966) since entering the prestigious FIFA tournament back in 1950. Be that as it may, England has always dominated the USMNT. In the 11 meetings that the two countries have had, the US has managed to win once and draw once. Led by Harry Kane and Bukayo Suka, England is favored to win the "World Cup Group B" game tomorrow against the US, but there is growing optimism amongst American soccer fans that the youngest team in the tournament could turn back the hands of time and pull off the biggest upset in the intercontinental series since 1950.

Thus far in the tournament, both teams have played one game. Group B is considered to be an easy draw for England, which currently ranks #5 in FIFA's rankings for men's soccer. On Monday, England overwhelmed Iran by a score of 6-2. On that very same day, America's highly competitive opening game against Wales ended in a 1-1 draw. The USMNT will rely heavily on its attacking midfielder Christian Pulisic (the youngest player ever to captain a USMNT). He has more international goals (21) than any player on the USMNT roster, so his role in Friday's pivotal matchup may go a long way in determining which team qualifies for the Knockout Stages on December 3rd. Regardless of the outcome, the USMNT cannot be eliminated immediately following the long-awaited showdown with England. But if they lose, their backs will be against the wall when they face Iran on November 29th. The USMNT will have plenty of support as Americans have purchased more tickets for this year's World Cup than anyone outside of Qatar.