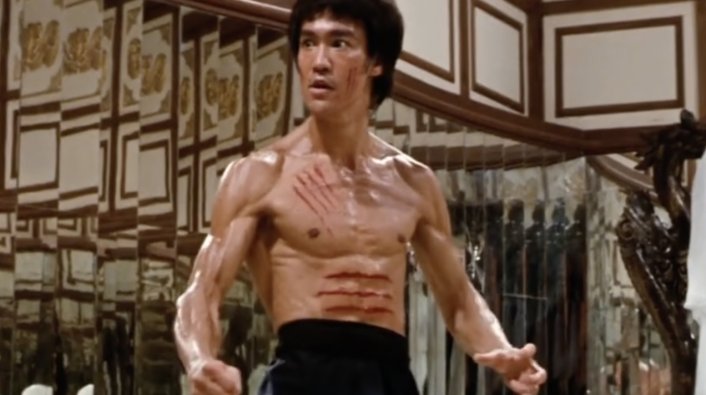 Bruce Lee is one of the most important and iconic martial artists in American history. In the 1960s, he defied color lines by teaching Kung Fu to people outside of the Chinese American community. Shortly thereafter, he became Hollywood's first-ever Asian American leading actor. His influence on people, regardless of gender and/or ethnicity, extends far and wide, along with his impact on action films. Nevertheless, one of the most polarizing aspects of his legacy is the mysterious way that he died back on July 20, 1973. Bruce Lee died on the set of a Hollywood production (Enter The Dragon) and what's more disturbing is that his son, Brandon, also died on the set of a feature film (The Crow) several years later on March 31, 1993. The topic has been debated amongst his loyal fanbase for several decades. Many believe that Bruce and his son Brandon were killed, while others have attributed their deaths to a "family curse." Technically, Brandon Lee was fatally shot by a prop gun in the abdomen. In comparison, his father is said to have died from cerebral edema due to his intake of prescribed drugs.

A group of kidney specialists from Spain recently proposed a new theory that Bruce Lee, perhaps America's most memorable action film star, actually died because he consumed too much water for his body to handle.

“We hypothesize that Bruce Lee died from a specific form of kidney dysfunction: the inability to excrete enough water to maintain water homeostasis," the group wrote. "This may lead to hyponatremia, cerebral edema, and death within hours if excess water intake is not matched by water excretion in urine...Given that hyponatremia is frequent, as is found in up to 40% of hospitalized persons, and may cause death due to excessive water ingestion even in young, healthy persons, there is a need for a wider dissemination of the concept that excessive water intake can kill.”

The latest study based on Bruce Lee's passing is an inconclusive cog in a long list of speculation that includes a theory that he died from heat exhaustion. The world may never truly know how Bruce Lee died. He passed away in the middle of his prime at the age of 32, leaving his fanbase clamoring for more and the world in search of answers that have only led to more questions.