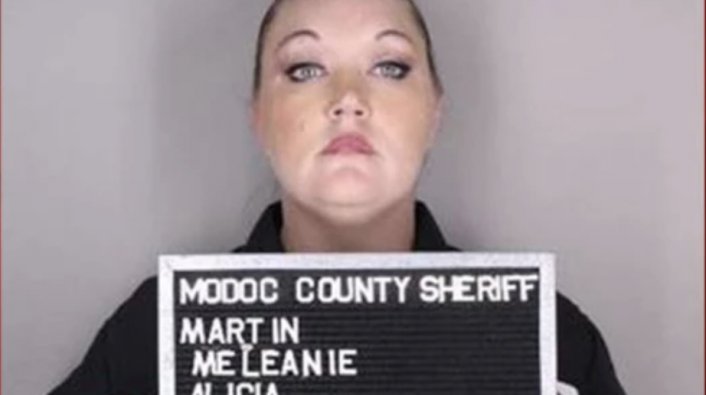 A former correctional officer named Melanie Alicia Martin (34) just proved to the inmates at the Modoc County Jail that there is a thin line between freedom and imprisonment. After having engaged in sexual relations with numerous inmates while on the job, she is now joining their ranks as a fellow prisoner. According to reports, some of Martin's former co-workers grew suspicious of her activity with the prisoners, which prompted the Sheriff to enlist the help of an outside agency to confirm the reports. The end result determined that Martin committed violations regarding sexual misconduct.

“Penal Code 289.6 is the California statute that prohibits certain people from engaging in sexual activity with an inmate,” deputies said. “Those people include correctional officers. An inmate cannot consent to sex if confined in a detention facility.”

Martin was arrested shortly after a warrant was issued for her arrest; her bail was set at $20,000. The Modoc County District Attorney, Cynthia Campbell, is now investigating the matter further.