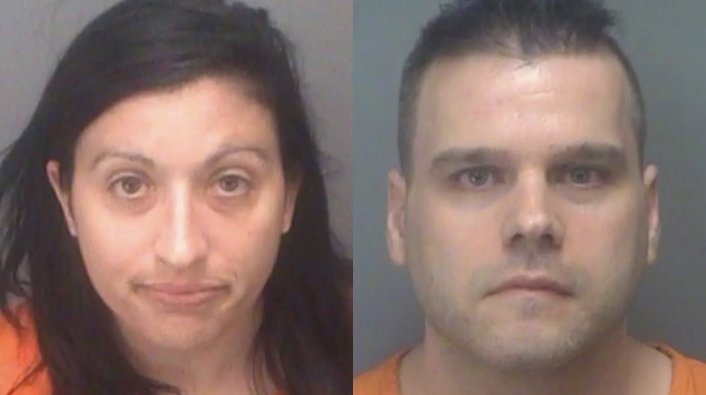 In Florida, if a human being has sex with an animal of any kind, it is considered animal abuse and a direct violation of the state's Beastiality law. Unfortunately, the prospect of facing punishment didn't discourage a woman named Christina Calello (36) from taking a walk on the wild side and doing the dirty deed with her own dog on numerous occasions throughout the past eight years. According to reports, the former dog owner willingly had sexual relations with her domesticated pet while her ex-husband, Geoffrey Springer (39), filmed the debauchery and saved it all on a USB hard drive. This evidence proved to be quite helpful to the Pinellas County Sheriff's Office when they arrested the former couple for their aforementioned crimes on Tuesday. Upon taking the two perpetrators into custody, law enforcement confiscated the dog (whose breed has not been revealed) and took it to a pet hospital before disclosing that it did not appear to have suffered any injuries due to the lewd treatment of its former owners. The arrests of Calello and Springer come nearly three years after another Florida resident named Christian Nichols (24) was apprehended and charged with aggravated animal cruelty for having sex with his Siberian Husky on camera.

Shortly after the arrests, Calello posted bond at $5,000 and was released. Her ex-husband, Springer, has also been released.