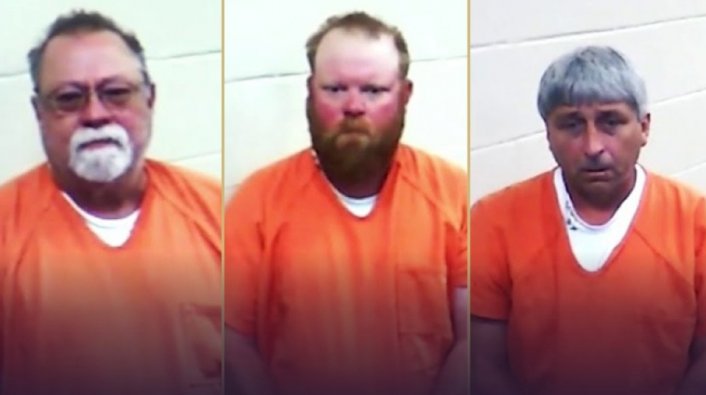 Earlier this year, the killers of Ahmaud Arbery— Travis McMichael, Gregory McMichael, and William "Roddie" Bryan were found guilty of federal hate crimes in the 2020 murder. The men who are all currently serving life sentences reportedly filed motions to set aside the jury’s guilty verdict. However, a federal judge denied their motions this past Thursday.

The judge went on to say there’s “more than sufficient evidence” for the conviction to stick. According to TMZ, the judge denied their motion after referring to social media posts from the men that made negative comparisons of Black people to white people. One post referenced by the judge found Gregory McMichael saying “all these blacks are nothing but trouble; I wish they would all die.” As of now, the three men are still waiting to be sentenced in their federal case.

Travis McMichael, Gregory McMichael, and William "Roddie" Bryan were found guilty of hate crimes and other charges in the 2020 murder of Ahmaud Arbery on Tuesday (February 22). All three men are already serving life in prison for Arbery's murder after being found guilty last fall, and they could face an additional life sentence after the recent guilty verdict.

During the trial, over a dozen people testified to the defendants' history of racist behavior, and text messages and social media posts that featured racial slurs were also presented in court. One witness stated that Gregory McMichael said that he wished all Black people would die, and he added that McMichael also disparaged the late civil rights champion Julian Bond.