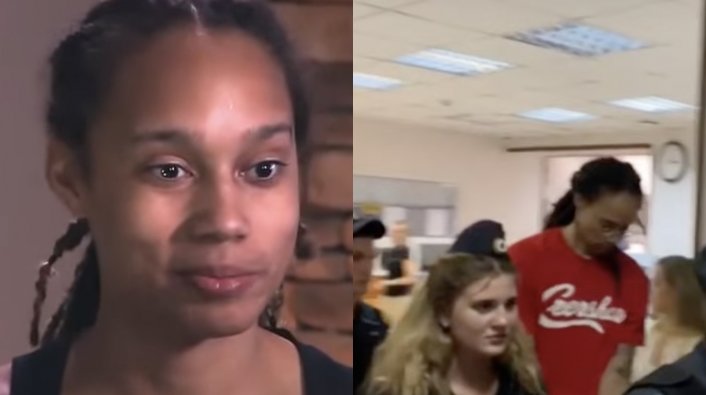 Ever since Brittney Griner was detained by law enforcement in Russia for attempting to pass through the Sheremetyevo Airport with cannabis oil, her wife, Cherelle Griner, has remained steadfast in her valiant effort to raise awareness about the dire situation. Slowly but surely, Cherelle's pleas for help turned into a national #BringBritneyHome campaign, aided by the White House, WNBA, NBA, and various celebrities from all over the country. Nevertheless, despite being a sworn political enemy of the United States, Russia does not operate under the rules of democracy, and its judicial system certainly reflects that notion. In Russia, a suspect's guilt is presumed until they can prove that they are innocent. This premise alone has made it extremely difficult for any of Chrelle's pleas to impact Britney Griner's current legal predicament significantly. That was all the more apparent on Thursday when Griner pleaded guilty to drug charges in a Moscow court.

The 8-time WNBA All-Star must now face the uphill climb of trying to avoid the 10-year sentence in a country that is rumored to be making a governmental example out of her due to its ever-growing animosity with the United States of America. Griner's best hope for returning home promptly is a diplomatic resolution, regarding this matter, between the U.S. and Russia.

For more news on this story, click the link below