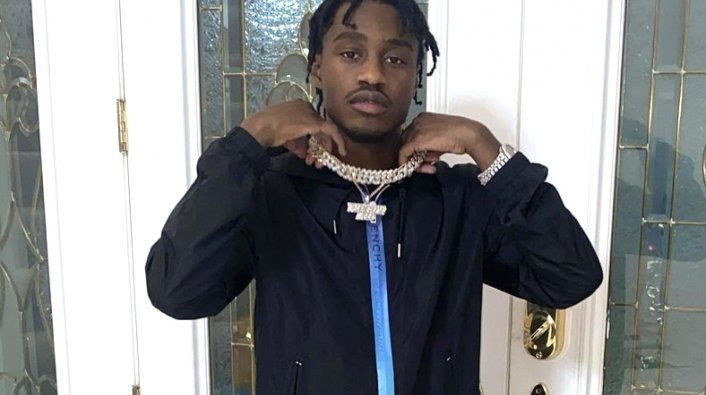 According to reports, "Prosecutors announced the arrest of Mohamed Konate, 27, of New York City, on charges of attempted murder, armed robbery and weapons offenses, accusing the man of firing at the rapper."

One of the two men with Lil Tjay, Antoine Boyd, 22, was also struck in the maelstrom. The other man, Jeffrey Valdez, 24, along with Boyd were arrested following the incident on weapons possession charges and were both being held in Bergen County Jail.

Bronx rapper Lil Tjay is in surgery after being shot in New Jersey, according to TMZ. Not too many details are known about the incident, but TMZ spoke to law enforcement sources, who revealed that Lil Tjay was shot just after midnight on Wednesday (June 22) in Edgewater, NJ.

The shooting reportedly took place in two locations- a Chipotle and a nearby Exxon gas station. There were two victims in the incidents, with one victim suffering from multiple gunshot wounds, and the other being shot once. It's unclear how many times Lil Tjay was shot.