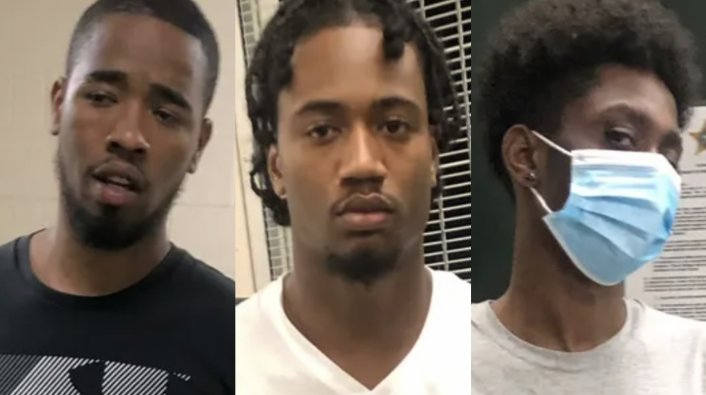 In a story that can only come out a Florida, a man was robbed, carjacked, and kidnapped at gunpoint by three armed men who were posing as potential buyers for a new batch of puppies he just bred. Authorities say the men held him captive for two days before he was able to summon help from an alert deputy.

The Martin County Sheriff’s Office disclosed the identities of Tsdekiel Sellers, 22, of Atlanta, Benyahveen Radcliffe, 25, of Buffalo, and Kashaveeyah Bragdon, 22, of Tallahassee, all of whom claim to be part of the Israelites organization. They reportedly drove to the victim's home after he boasted online about the money he'd made breeding and selling dogs.

The trio allegedly assaulted the man and demanded he hand over large sums of money. The harrowing two-day episode took place at several locations. Police say the suspects made the victim drive to one of the locations when he spotted a deputy patrolling the area. He then purposely broke a traffic law in order to get pulled over.

Upon being pulled over, the victim tried signaling that he was in trouble without outwardly telling the deputy. Per FOX 13:

the victim then used a hand motion in hopes that the deputy would pick up on his fear. The deputy noticed something was wrong and ordered the man to step away from the car and the three other men sitting inside the vehicle.

Deputies searched the vehicle and retrieved guns, knives, and large amounts of cash. The suspects were charged by the Martin County Sheriff’s Office with unlicensed carry of a firearm, possession of a controlled substance and providing a false name. Port St. Lucie Police charged the trio with kidnapping, assault, home invasion, false imprisonment and witness tampering.