After 2 Yrs, Lesbian Couple Finds Out They're Likely Half Sisters: 'We're Still Dating' 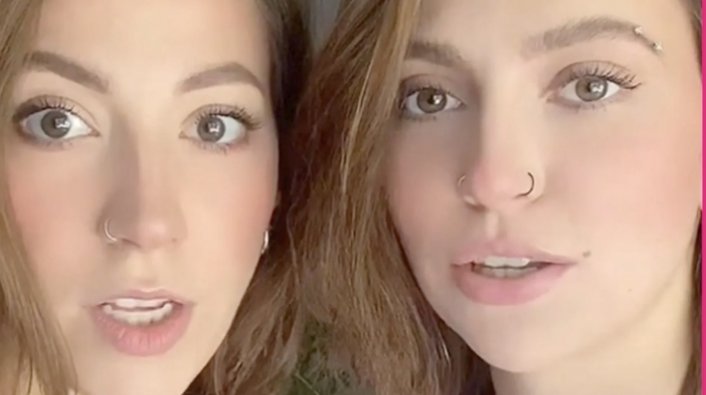 Carley Gonschior and Mercedes Stewart recently dropped a bombshell about their relationship on over 560,000 of their followers on TikTok. In a video clip that has since been viewed nearly 7 million times, the two young women from Canada revealed that after having been romantically involved for two years, they have a very strong reason to believe that they are biological "half" sisters. The reason behind this shocking revelation is that their moms informed each of them that they both had sexual relations with the same man right before their pregnancy cycles began.

"When u find out 2 years into dating that ur moms slept with the same guy," the couple wrote in the now-famous video. "Should we take a DNA test?"

This prompted a firestorm of responses from their followers in the comment section, many of whom were quick to point out the striking resemblance between the two women, while others suggested that they should simply get a DNA test to settle their curiosity once and for all. There was also a sector of fans who advised the couple to stay together, citing the fact that they couldn't actually produce offspring together anyways.

“I think the real risk would be NOT getting the DNA test,” a TikTok user wrote in response to the popular TikTok video.

“I have no idea who you guys are and I immediately thought you were sisters before reading the text,” another user added.

As of now, there's still no word on whether or not Carley Gonschior and Mercedes Stewart share the same DNA, but they do share an OnlyFans account properly named "@notyouraveragesisterz."