Deshaun Watson Settles with 20 of 24 Women Who Sued Him 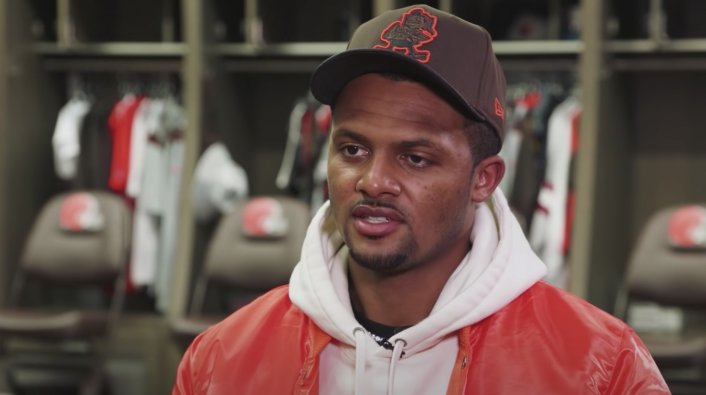 An attorney representing 20 of the 24 women who have sued Cleveland Browns quarterback Deshaun Watson announced that a confidential settlement has been reached.

Plaintiffs attorney Tony Buzbee released a statement addressing the settlement, stating, "Today I announce that all cases against Deshaun Watson, with the exception of four, have settled. We are working through the paperwork related to those settlements. Once we have done so, those particular cases will be dismissed. The terms and amounts of the settlements are confidential. We won’t comment further on the settlements or those cases."

Watson was scheduled for several days of deposition testimony this week, which have now been canceled in light of the settlement.

Buzbee stated, "The cases against Deshaun Watson started with one phone call, from one brave and strong woman,” Buzbee stated. “That woman was Ashley Solis. At the time of that call she was just one of the hundreds of calls seeking legal assistance that our firm gets weekly. Even though she was originally turned away by our screening process, my staff insisted that I personally speak with her. I’m glad she persisted. Once we took a second look, and after having contact with Watson’s original lawyer who disrespected Ashley and her profession and who arrogantly minimized the conduct of someone he referred to as an 'asset,' I was convinced that our law firm should try to help her.

As a result of Ashley’s lone but brave voice, soon many women who had allegedly experienced the same conduct were emboldened to step forward. I am incredibly proud to represent them all. They have endured vile criticism and fanatical ignorance. They faced withering cross examination by skilled litigators and stood firm. They are warriors all. Today we have an important announcement about these cases, but it is important to point out that, without Ashley Solis, the conduct experienced by these women would likely have continued unfettered. The truth is, without her courage and willingness to come forward, the NFL wouldn’t currently be contemplating discipline; there would be no examination of how teams might knowingly or unknowingly enable certain behavior; sports teams wouldn’t be reviewing their personnel screening processes; and this important story wouldn’t have dominated the sports headlines for more than a year."