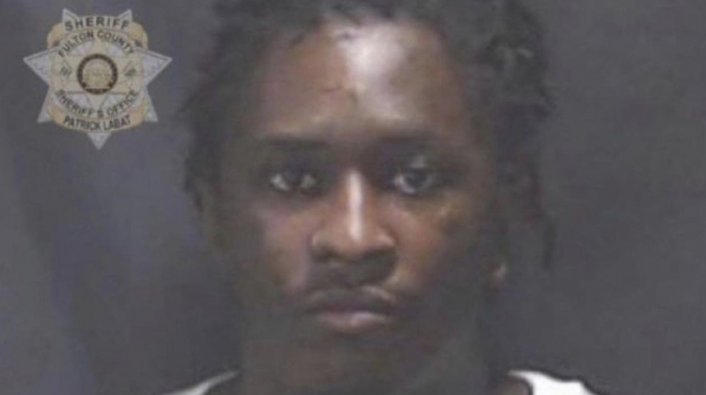 According to TMZ, Brian Steele, Young Thug's attorney, has filed an emergency motion to have the rapper released on bond. Young Thug is charged with violating the state’s Racketeer Influenced and Corrupt Organizations (RICO) act and participating in a criminal street gang. He was arrested with 27 others associated with Young Slime Life (YSL).

Steele alleges that Young Thug is being held in unsatisfactory conditions, including in a windowless room, where he's being isolated and having difficulty sleeping because the light is left on 24-hours a day. Steele says that the conditions violate Young Thug's Constitutional rights, including the 8th and 14th Amendments, which bar states from inflicting cruel and unusual punishment.

Steele wrote in the emergency motion, "The failure to schedule a bond hearing for this innocent man, coupled with the inhumane and unconstitutional treatment of Mr. Williams, mandates that this Honorable Court grant bond until a hearing can be held. Williams is not held in isolation and that he be given access to televisions, windows, showers and other surroundings that pretrial detainees typically receive."

Steele added, "The Bible, the Torah, the Quran, the Vedas and all like texts of humanity as well as any person with a conscious would understand that housing a human being (in this case, Mr. Williams) under these conditions in America, in an original Colony, when he has no prior felony record, denies any allegation of wrongdoing, has never been anything but cooperative, lawful and peaceful with the authorities, and is presumed to be innocent, is wrong, unlawful and unconscionable. Mr. Williams is being unlawfully and terribly mistreated by the authorities."