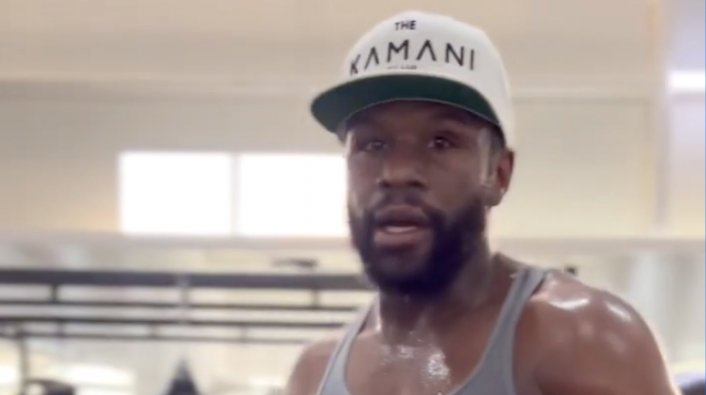 Floyd Mayweather was set to face off against his former sparring partner Don Moore on Saturday (May 14) on the Burj Al Arab hotel helipad in Dubai.

However, in light of the news of the death of United Arab Emirates President Sheikh Khalifa bin Zayed Al Nahyan, the fight was canceled. As a result, all "work in ministries, departments, federal and local institutions, and the private sector" for the next three days due to the Sheikh Khalifa's passing.

"Out of deepest respect and due to these unforeseen circumstances of Force Majeure, the Global Titans Dubai event which was scheduled to take place on May 14th at the Burj Al Arab Jumeirah has been postponed until further notice, with a new date to be announced very soon. We apologize for any inconvenience this may cause and reassure fans that this spectacular event will be staged in future."