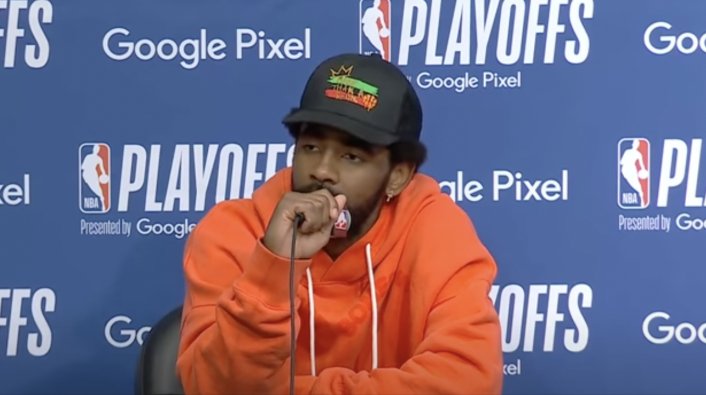 Kyrie Irving’s time at Nike has found many coining his sneaker as one of the best on the market. However, Irving’s time with Nike may be coming to a close, according to sources.

Irving is a popular figure in the NBA, and it was noted Nike would still sell products related to his brand and name, including retro sneakers from previous collections. While many are wondering where the reports stem from, Irving previously took to social media last year to speak on the design of his Kyrie 8 sneaker, calling it trash. Irving also said, “I have nothing to do with the design or marketing," and "Nike plans to release it without my okay.”

A Nike spokesperson issued a statement to ESPN on the matter, saying, “We don't comment on contracts or rumors or speculation. Kyrie remains a Nike athlete.” Stay tuned for more updates.