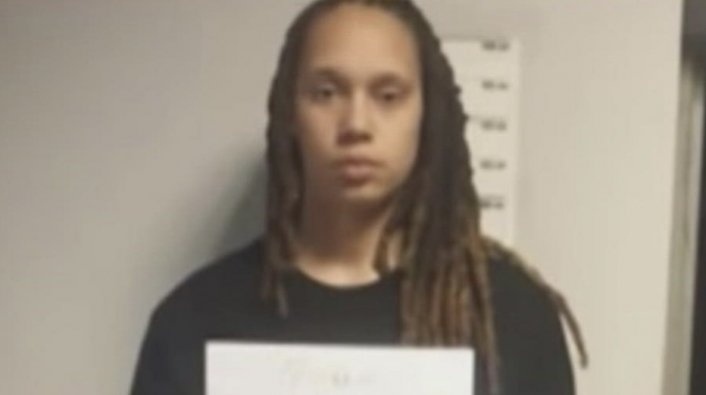 According to reports, Brittany Griner’s pre-trial detention is being extended another month. The WNBA star is currently being held in Russia.

A lawyer for Griner spoke to the Associated Press and said he believes the short extension of the athlete’s detention is an indication of the trial coming soon. As of now, Griner has been in custody for almost three months.

News of this comes after the State Department said they consider Griner as wrongfully detained, with the new classification implying that the U.S. Government will push to secure the release of the WNBA star. At the same time, her legal situation continues to play out. The classification reportedly puts Griner’s case in the scope of Special Presidential Envoy for Hostage Affairs, the department responsible for negotiating the release of U.S. citizens wrongfully detained and held hostage. As of now, Griner is reportedly facing ten years in prison.

According to ESPN, WNBA star Brittany Griner was reclassified by the U.S. as "wrongfully detained" by the Russian government, which could mean a big shift in her case and getting her back home. Griner, who plays for a Russian team during the WNBA offseason, was arrested in February at a Moscow-area airport and accused of bringing vape cartridges containing hashish oil into the country.

Griner's agent, Lindsay Kagawa Colas spoke about the reclassification, stating, "Brittney has been detained for 75 days and our expectation is that the White House do whatever is necessary to bring her home."

A State Department official also released a statement to ESPN, which reads, "The Department of State has determined that the Russian Federation has wrongfully detained U.S. citizen Brittney Griner. With this determination, the Special Presidential Envoy for Hostage Affairs Roger Carstens will lead the interagency team for securing Brittney Griner's release."

The new change doesn't mean Russia will change its official stance on her detainment, but the U.S. now considers legal proceedings to be irrelevant to her case, and they will seek to negotiate her return. It was also revealed that Griner will be getting assistance from Bill Richardson, former U.S. ambassador to the United Nations, who also worked privately for years as an international hostage negotiator.

Richardson was active in recently securing the release of former U.S. Marine Trevor Reed, who had been held in Russia since 2019. An agreement was made where Reed was sent back to the U.S., while a Russian citizen who had been convicted of drug smuggling was extradited back to his home country.

Reports surfaced noting that WNBA star Brittany Griner was sent for the first time since she was arrested in February for a drug charge. Griner reportedly pleaded not guilty. Since then, Russian state media went on to reveal Griner’s stay in jail was extended until May 19.

Griner’s team reportedly asked for house arrest in her situation this past Thursday and was denied. Sources noted Griner’s team expected the denial. The May 19 date was imposed so that an investigation could be completed. If investigators need more time, they’ll request an extension in May 2022. Upon completion of the investigation, a trial date will be set.

Griner’s legal team has reportedly been able to visit her at the place she’s been held, and the player is currently “OK.” Stay tuned for more updates.

More information about the arrest of Brittney Griner in Russia has surfaced, with a booking photo popping up.

The image was reportedly obtained by Russian State Television and CNN. More details in the arrest of Griner surfaced along with the booking photo, noting the WNBA star was arrested in February. Russian officials claim a dog indicated drugs may have been on the basketball star’s carry-on luggage.

Griner can be seen holding a piece of paper in the photo, and there is no indication of when the photo was taken. Take a look above.

Previously, news surfaced noting that over three weeks ago, WNBA star Brittney Griner was arrested in Russia after allegedly being caught with vape cartridges in her bag while making her through an airport checkpoint. Since then, Cherelle Griner, the wife of the WNBA star, has spoken out.

Cherelle Griner revealed that the situation has been “excruciating” and that communication between Brittney and her family has been limited since she was detained. Cherelle then noted she has been having trouble doing anything without wondering about the safety of her partner.

The situation has been addressed by U.S. Secretary of State Anthony Blinken. The official said, “Whenever an American is detained anywhere in the world, we, of course, stand ready to provide every possible assistance.” He continued saying, "We have an embassy team that's working on the cases of other Americans who are detained in Russia. We're doing everything we can to see to it that their rights are upheld and respected.” Stay tuned for more updates.