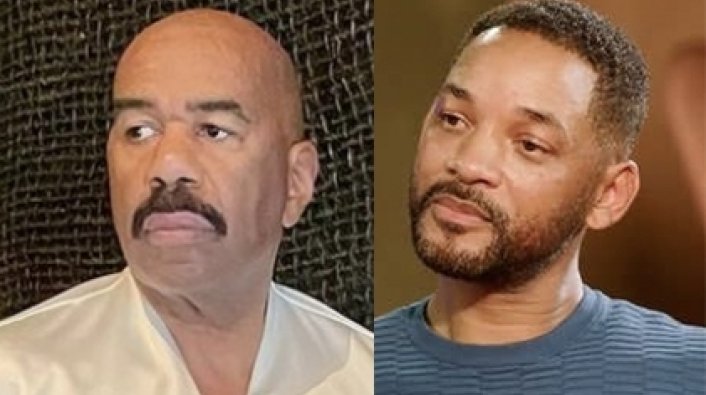 According to Deadline, Steve Harvey once again addressed Will Smith slapping Chris Rock at the Oscars during a recent speaking engagement at Georgia State University.

The publication reports that Harvey told the crowd that he thinks the slap was a "punk move" and he’s "lost a lot of respect for him." Steve also opened up about how his Christian beliefs have led him to settle disputes in a different manner.

"I’m a Christian, but I’m really undeveloped. I don’t have high-level Christianity. On a scale of 1 to 10, I’m like a 2. That’s the level of Christianity I can work on. You slap T.D. Jakes, he’ll turn the other cheek. You slap me? If you sit back in your seat, Jada [Will’s wife] would have to move out of the way. That’s the type of Christian I am."

Shortly after the Oscars incident, Harvey shared his thoughts, stating, "I understand defending the honor of your wife, I’m that dude. … He didn’t do that. That joke was not worthy of the reaction. If he was gonna have a reaction, I think that Will should have done the man thing, which is step to him afterwards in that press room. And if he wanted to slap Chris then, he could have slapped Chris in the press room and seen how it went."