LAPD Says 17 Gangs, Including the Bloods, Crips & Sureños Target the Rich in Teams 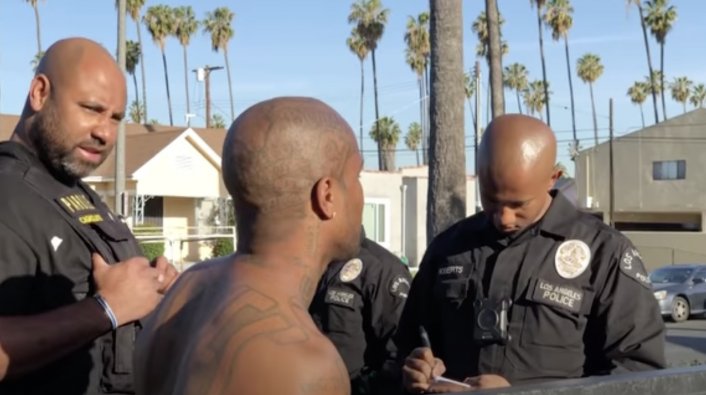 The LAPD recently revealed that about 17 of the city's most notorious criminal organizations, including the bloods, crips, and sureños have all rolled out a new plan that has put the wealthiest residents of Los Angeles on notice.

The street gangs have been sending out convoys of multiple vehicles to spot and follow prospects who are driving the most expensive cars and wearing the most high-end jewelry. This new wave of teaming up and pillaging has resulted in the heist of designer handbags, diamond-studded watches, and several other items worth upwards of $10,000. In turn, the criminal organizations are flipping the stolen goods on the black market and making a fortune.

The criminal tactics have evolved so much, that many of the gangs have already begun to insert "undercover" members at high-end events to spot rich and famous attendees in hopes of setting them up for a robbery later in the day. As a result, the LAPD'S Hollywood Division has reported more robberies of this nature than any other precinct in the area.

According to Capt. Jonathan Tippet (of the LAPD's Robbery-Homicide Division), the unruly phenomenon that started in South L.A. is often highlighted by gangs that roll five cars deep before they blindside their victims and make their daring move. In order to combat the robberies, LAPD Chief Michel Moore has designated a task force completely dedicated to learning more about the criminal organizations, their leaders, and the locations that they are scouting. It is widely believed that a large reason for the surge in crimes is the financial impact that COVID-19 has had on the entire country.

It looks like the battle for Los Angels has only just begun. For more on this developing story between the LAPD and the city's most notorious criminal organizations, click on the link below.