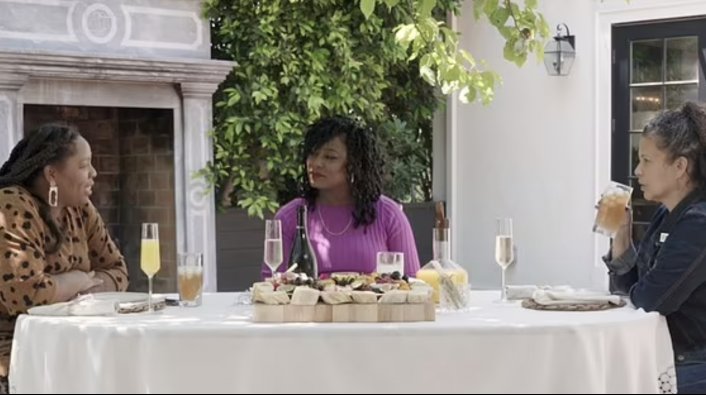 According to reports, the leaders of the Black Lives Matter organization used funds donated to the activist group to buy a 6,500-square foot Southern California mansion for $6 million.

The story broke on Monday by New York Magazine lays out the 2020 purchase of the mansion and how the organization's founders wanted to keep it a secret. The publication detailed the property boasts more than half-dozen bedrooms and bathrooms, multiple fireplaces, a soundstage, a pool and bungalow and parking for more than 20 cars. The group's most prominent figures, Alicia Garza, Patrisse Cullors, and LA faction founder Melina Abdullah are seen in videos filmed inside the mansion.

Documents and internal communications reportedly reveal the luxury property was handled in ways that 'blur boundaries' between charitable use and those that would benefit some of the organization's leaders - including Cullors, who shared video in June of her enjoying a ritzy brunch outside the estate with fellow officials Alicia Garza and Melina Abdullah, who have both since left the organization.

The seven-bedroom estate was purchased by a man named Dyane Pascall two weeks after BLM received $66.5 million from its fiscal sponsor in October 2020. Pascall is the financial manager for Janaya and Patrisse Consulting - an LLC operated by Cullors and her spouse, Janaya Khan, New York Magazine reported. Within a week of the purchase, ownership was subsequently transferred to an LLC in Delaware, ensuring the property’s owner wouldn’t be disclosed, the outlet said. It is not yet clear what purpose the manse, reportedly dubbed 'Campus' in internal emails sent by BLM brass, was meant to serve for the foundation.

What it known, though, is that the property was purchased for just under $6 million in cash in October 2020, with money that had been donated to the group.