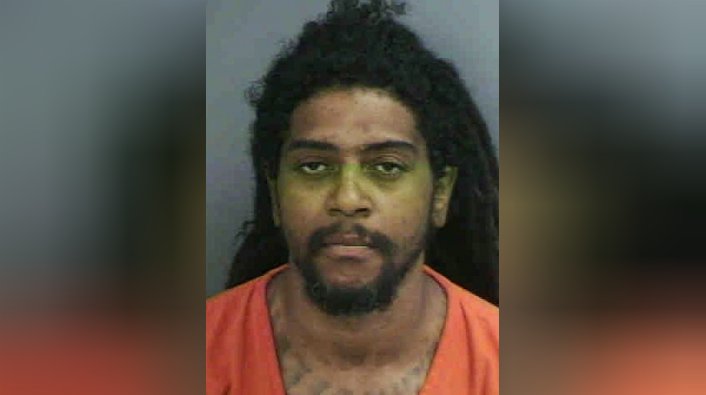 When James Gousse stepped into a porta-potty recently, he did so as a free man. But unfortunately for the 34-year-old, his exit attempt from the large toilet container did not work out as smoothly.

While inside the porta-potty the Florida native somehow managed to get his foot trapped underneath the door, which caused excruciating pain and his inexplicable entrapment. As Gousse began to scream out in agony, bystanders nearby heeded his cries and called the local authorities. What happened next was even more shocking than the way this entire predicament began.

When the police arrived on the scene, they freed Gousse's foot from underneath the door and they also discovered that the man had a wide variety of drugs on him. The cops discovered that Gousse was in possession of a small bag that contained a white powdery substance that they later identified as .05 grams of fentanyl. At the end of the police search, it was also discovered Gousse had a syringe on him as well.

He now faces a charge for possession of a controlled substance and a separate charge for drug use. While his bond has not been set, Gousse is scheduled to appear in court once again on April 11th.

For more on this story, keep it locked.