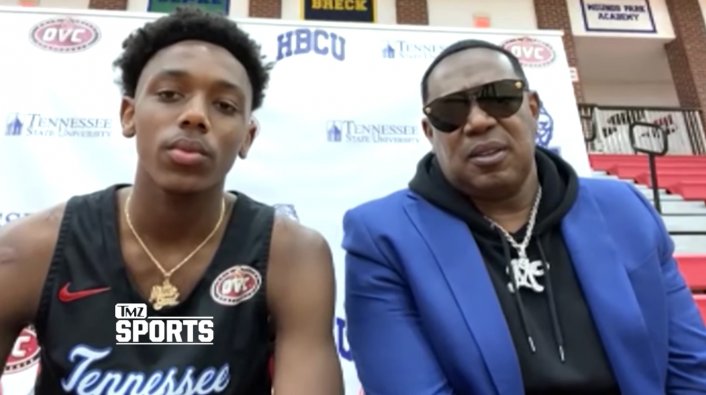 Master P's son Hercy Miller announced that he's transferring from the Tennessee State University basketball program due to a lack of medical resources. Master P revealed the decision in a statement, and he revealed it was done after he felt Hercy didn't receive proper medical attention after suffering a hip injury in the Tigers' first game of the season on Nov. 9 against Alabama A&M.

Master P stated, "We've got a great program at Tennessee State, we've got great people, we loved the culture, we just don't have enough trainers. We don't have enough medical people to take care of what needs to be taken care of. We don't have the technology that the Dukes and all these major universities have. An injury like this could have been prevented."

After taking his son to a specialist, Master P revealed that his son was told that his future in basketball could've been compromised.

"The specialist said if we would have waited any longer he probably wouldn't have been able to play basketball anymore because next his ACL was going to go out and all other kinds of injuries. That's when I said I have to bring awareness to what's going on at all these HBCUs — underfunding with no resources. I'm going to be with all the HBCU programs to bring awareness to this but I'm not going to sacrifice my son's career and his future."

TSU director of sports medicine Trevor Searcy responded to claims that the program is underfunded, stating, "The issue is not that we're underfunded at all. It's actually the opposite. The issue is that since (athletics director Mikki Allen) has been here we've been growing and when you grow your facilities have to grow as well and that's what we're in the process of doing now."