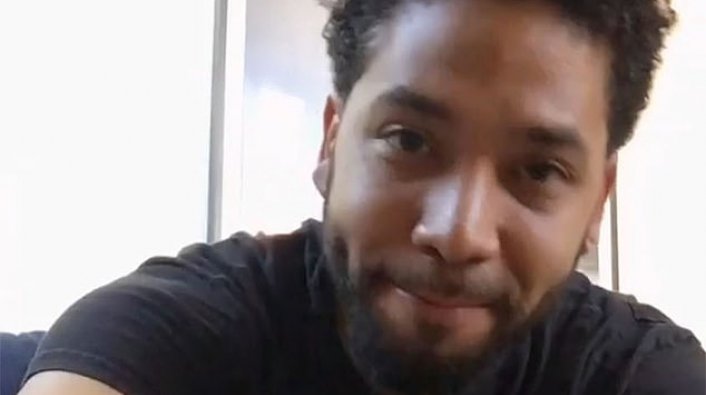 Jussie Smollett's defense team grilled brothers Abimbola and Olabinjo Osundairo, the prosecution's star witnesses, for hours on Thursday (December 2) during day four of the "Empire" actor's trial. Smollett is facing six felony counts of giving a false report to police after alleging that he was attacked by two men in 2019, which the Osundairo brothers say was planned by the actor.

Smollett's defense attorney Shay Allen insinuated that Abimbola Osundairo was secretly dating the actor to advance his career, which Osundairo denied, adding that he did not believe Smollett had any kind of crush on him. Allen went on to ask Abimbola if he told Smollett that the actor that he wouldn't testify and that Jussie could make this "all go away" if he paid him and his brother Olabinjo $1 million each, which Abimbola denied.

Abimbola went on to state that he thought about scrapping plans to carry out the "fake" hate crime attack on Smollett. Abimbola then told Allen that Smollett wanted him and his brother to "fake beat him up" because he felt his security on the "Empire" set wasn't being taken seriously.

Abimbola then detailed the alleged planned attack, telling Allen, "I said, 'Hey, aren't you that Empire (homophobic slur)?' and we said the other words, and my brother said, 'This is MAGA country.' That’s when I proceeded to punch him in the face and tussle … I threw him to the ground, put the bruise on his face, then I saw some car lights and then ran away."

Osundairo added that he and his brother flew to Nigeria after carrying out Smollett's alleged plan, and Abimbola told Allen that he checked the news to see if anything about the attack on Smollett had been reported. When Allen asked Abimbola why he needed to search for the incident if he was present, he explained, "Media attention. Jussie wanted it. He got what he wanted."

Olabinjo Osundairo then took the stand, where he went into greater detail about what Smollett asked him and his brother to do. Olabinjo testified, "He went on to explain that there was some hate mail sent to him at ‘Empire’ studios and he had this crazy idea that two MAGA Trump supporters attack him so he can get the footage of that and put it on social media and have that shown to ‘Empire’ studios." He added, "At first, I was kind of taken aback . . . when I thought about it, it’s Hollywood, I was like, it’s probably what they do out there."

The trial is scheduled to resume on Monday.