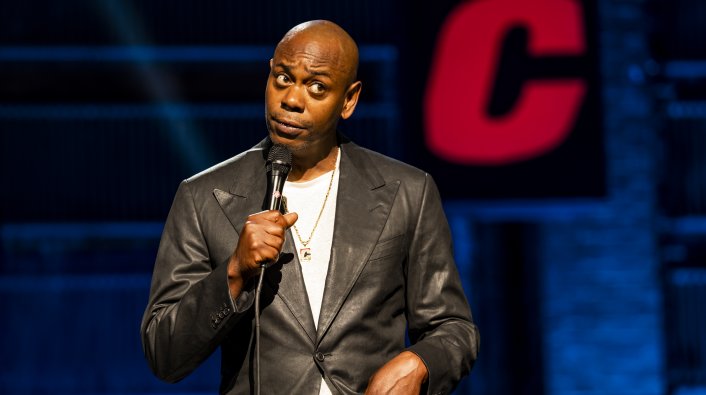 Dave Chappelle was publicly uninvited to a fundraiser at his former high school, but the famed comedian decided to show, nevertheless.

Following a short performance for the students, Chappelle fielded questions from students and faculty at the Duke Ellington School of the Arts. During the Q&A portion, Chappelle was called out for his comments about the trans community and labeled a "bigot."

Chappelle responded, unapologetically, “My friend, with all due respect, I don’t believe you could make one of the decisions I have to make on a given day."

A spokesperson for the school said that students were welcoming overall, but felt that some of their questions weren't taken seriously by Chappelle. “During the conversation with students and staff, Chappelle specifically invited the voices of discontent to ask questions, however as a result, the supporters of Chappelle became the silent majority,” said school spokesperson Savannah Overton. “Our principal was approached by several students after the assembly who were disappointed that they were not able to voice their support for Chappelle in this forum.”

Chappelle also voiced his support for students who planned to protest his appearance and spoke out against those that were met with threats.

“His whole tone changed,” one student recalled. “He said, ‘This is my family and whether they know it or not I love these kids. … I don’t want to hear about any threats to these kids. These kids don’t deserve that.’ He was really kind. If [only] he [had] acted that way the whole time. … There was no reason to be mean to us. He was just laughing at kids.”