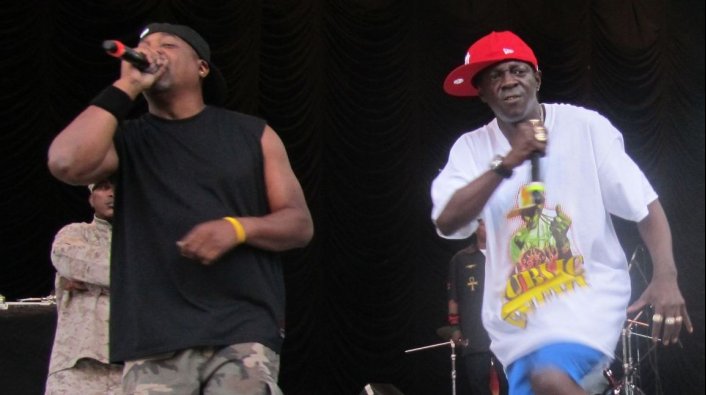 According to reports, Public Enemy's Chuck D and Flavor Flav are at odds over the group's reunion tour and other matters.

Flav added that he wasn't the party at fault for "the hold up of this Public Enemy project."

In response, Chuck D said via his publicist:

Come on y’all. This is tired and stupid. Flav and I communicate on our own, so I normally don’t address these things in public, but I’m tired of the circus of airing news that ain’t news and am going to keep it factual here. Flav sues the folks he works with, so in 2017 he decided it was my turn. He lost when the judge dismissed the suit with prejudice in 2020, which means it’s permanent. Over. He can’t file again. He lost. Even after all of this, even after all the years of Flav giving the situation minimum while always asking for the maximum, I still work with him. But it’s time to change. Everybody in the situation can’t be burdened with picking up his slack. The key word in 'Brothers Gonna Work It Out' is the word 'work.' We’re always gonna be brothers regardless, but Flav’s gotta do the work and there ain’t no getting down without the work. Simple as that.