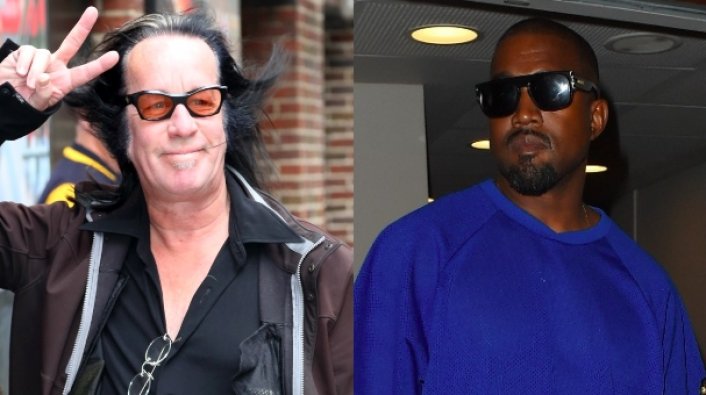 The process surrounding Kanye West’s ‘DONDA’ album has found many commenting, with fans and artists giving much praise. However, there have been many artists on the other side who have delivered some words for West, especially those who the Chicago artist reached out to and worked with but didn’t use what was created. Previously, Chris Brown and Soulja Boy called out West for getting them to create music for the album, only for their contributions to hit the cutting room floor. Now, musician Todd Rundgren has made a revelation about West’s latest album while describing his process with the producer.

Rundgren recently spoke to Ultimate Classic Rock and aired out some frustrations with his experience working with West for ‘DONDA.’ Rundgren said, “I'm one of the few artists not on Kanye's album," Rundgren tells UCR. "I have three albums worth of Kanye stems on my computer. Because I kept getting called by Kanye to add vocals onto the record. When it got into the homestretch in July, I just said, 'That’s enough for me. I have no idea whether any of this is being used.' You don’t get much feedback from him regarding what it is."

Rundgren then talked about the confusion that came from all of his contributions, saying, “I’m still a producer, and I don’t just want to be like driftwood in the process. If I can contribute something, fine. If I can’t, just let me know. I’m out of here. There is a possibility that I’m actually in there somewhere. There’s so much junk in that record!"

The musician spoke on the effect Drake had on ‘DONDA,’ as well, saying, “My involvement went on for a year, and in the end I realized why they hurriedly wrapped the whole thing up and put out what is obviously really raw, unprocessed stuff. It’s because Drake was running the whole process. He was too afraid that Drake would one-up him, so he hurried up and released the album the weekend before Drake could get his out. And in the end, Drake ate his lunch anyway." West has yet to respond. Stay tuned for more updates.