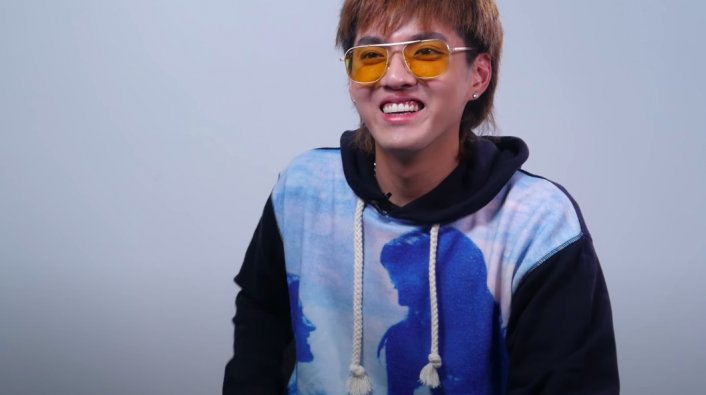 According to reports, K-Pop star Kris Wu was arrested on suspicion of rape on Monday, Aug 6. Wu is facing allegations leveled against him by a 17-year-old who claims the rapper got her drunk before taking advantage of her.

“the accusation prompted an outpouring of sympathetic comments online for the teenager and criticism of Wu. The teenager said seven women had contacted her to say Wu, a former member of the Korean boyband EXO, had seduced them with promises of jobs and other opportunities. She said some were under 18 but gave no indication whether any were younger than China’s age of consent of 14.”

Wu took to Welbo (China's version of Twitter) to denounce the allegations, noting that he only met his accuser “once at a friend’s gathering, I didn’t ply her with alcohol… If I did all these things, no one has to worry — I will go to prison myself.”

According to the AP, the prosecutor’s office of the Beijing district of Chaoyang said in a one-sentence statement that Kris Wu (Wu Yifan)’s “arrest was formally approved but gave no details of the charges.”

Previously, Chinese rap star Kris Wu made an appearance on VladTV to speak about his rising career. Since then, the rapper has seen success as an actor and more. However, recent allegations against him have been threatening to take down his career, as he was accused of sexual abuse.

Reports that surfaced say a 19-year-old fan named Du Meizhu claims the rap star invited her to his house when she was only 17, claiming she was coming there for an audition. Meizhu alleges that Wu gave her alcohol and she blacked out. After blacking out, Wu allegedly had sex with her. In a recent interview that Meizhu gave, she claims eight others—two of the people being minors, have similar allegations against the rapper. The age of consent in China is reportedly 14 years old.

As a result of the allegations, Wu has lost many endorsements from brands like Bvlgari, Porsche, Kiehl’s, and more. Wu has addressed the allegations, saying, “I only met this woman once on Dec. 5, 2020, while with a group of friends… I declare I have never done anything like ‘selecting concubines,’ coercing women into sex, drugging people to rape them, or engaging with underage girls. If there really had been this behavior, I would certainly willingly go to jail.” Stay tuned for more updates.