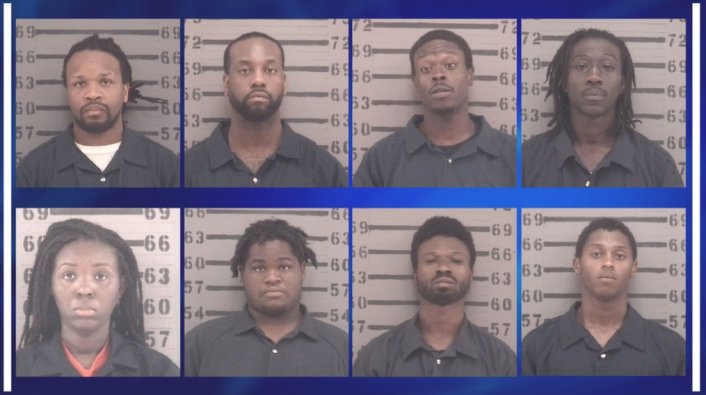 Eight members of a Bloods gang in Georgia were hit with a 54-count indictment after a 16-year-old girl escaped and reported their alleged sex trafficking ring. The group was booked on charges ranging from human trafficking to R.I.C.O. violations.

The teen girl escaped the members of the Inglewood Family Gang in Albany last August and prompted a year-long investigation into their operation. The 16-year-old was made to serve as a prostitute for two months before her escape. The victim was advertised as an adult online and the gang members allegedly used her earnings to fund other illegal activities.