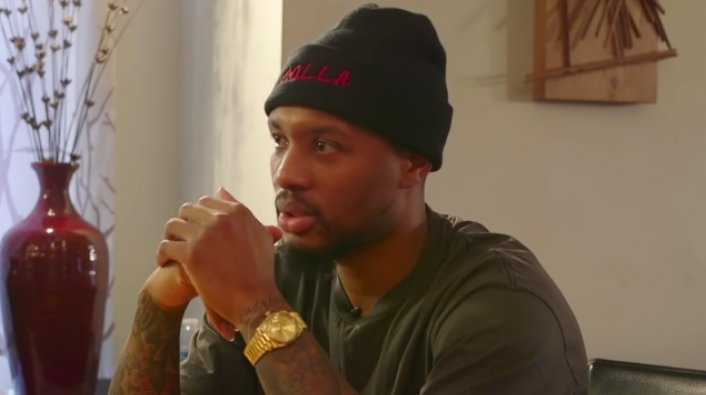 After reports began circulating over the weekend into Monday about were that Damian Lillard was considering demanding a trade after the Portland Trail Blazers failed to put together a contending roster and essentially dismissed his coaching preferences.

Lillard was inexplicably blamed for the hiring of Billups, whose sexual assault allegations resurfaced during the hiring process in which he beat out Spurs assistant Becky Hammon for the position. During an exchange on Twitter, Lillard responded to someone claiming Dame okayed the Billups hire despite the allegations, he wrote:

"Really? I was asked what coaches I like of the names I “heard” and I named them. Sorry I wasn’t aware of their history I didn’t read the news when I was 7/8yrs old. I don’t support Those things … but if this the route y’all wana come at me… say less"

Despite reports that this situation was the final straw for Dame, ESPN's Brian Windhorst is reporting that his sources say Lillard isn't seriously considering a trade.

According to Yahoo Sports NBA insider Chris Haynes, the outrage behind the Trail Blazers hiring of former NBA Finals MVP and one-time announcer Chauncey Billups could "push" Damian Lillard out of Portland.

Haynes reports that Lillard has received backlash for the Billups hiring after it was revealed that he was accused of sexual harassment. According to Dame, he had no prior knowledge of the past sexual assault allegations against him from 1997. Lillard has a relationship with Billups but didn't list him as one of the potential coaches he'd like the team to consider. Haynes notes that Blazers GM Neil Oshey hadn't interviewed anyone from Lillard's list.

Haynes reports that sources close to Dame say the superstar guard is equally frustrated over the team's lack of building a championship-contending roster.