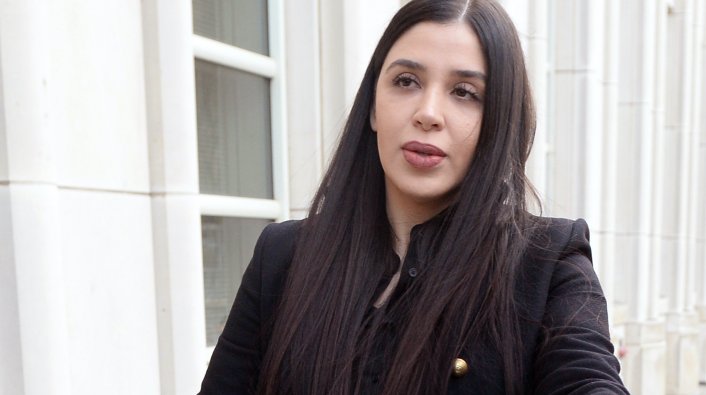 Aispuro appeared in court in Washington on Thursday (June 10) wearing her green prison uniform, where she pleaded guilty to three federal offenses as part of a plea deal with federal prosecutors. The charges include knowingly and willfully conspiring to distribute heroin, cocaine, marijuana, and methamphetamine for several years. She also pleaded guilty to a money-laundering conspiracy charge and to engaging in transactions with a foreign narcotics trafficker.

Emma Coronel Aispuro, the wife of Joaquin "El Chapo" Guzman, is expected to plead guilty on Thursday to helping her husband run the Sinaloa Cartel.

The 31-year-old is scheduled to plead guilty to federal charges as part of an agreement with prosecutors. However, her agreement will not require her to cooperate or provide information on El Chapo's allies, business partners, or relatives.

While Aispuro's guilty plea could reduce her sentence, her charges still carry a maximum life sentence. She's been charged with conspiracy to distribute cocaine, methamphetamine, heroin, and marijuana. In addition, Aispuro is accused of helping her husband escape prison in 2015 and planning another escape in 2017 before El Chapo was extradited.

El Chapo, on the other hand, is currently serving a life sentence at the highest-security prison in the United States.