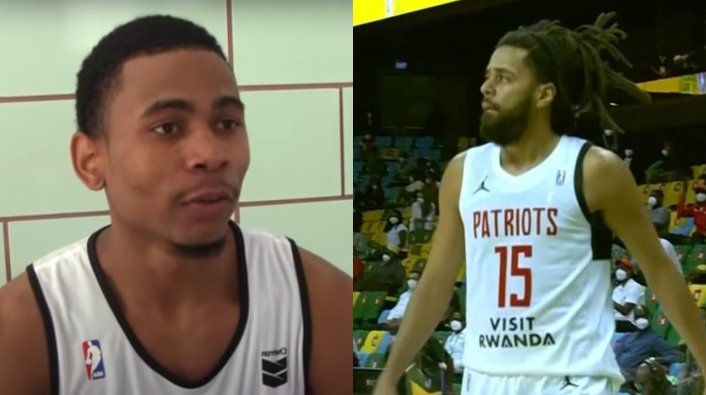 J. Cole presence in the NBA's Basketball Africa League (BAL) is not a welcomed addition for some players who believe his roster spot could have gone to someone more deserving. Despite the commercial appeal and media attention that the rapper has drawn to the league, the BAL's leading scorer has called Cole's inclusion disrespectful to the game.

AS Salé guard Terrell Stoglin spoke out against the rapper's presence and said there are a number of career basketball players who could have used Cole's opportunity. In addition, Stoglin said the media attention given to Cole's sub-par in-game performance is disrespectful.

"I think there's a negative and a positive [to J. Cole's presence]," Stoglin said. "The negative part of it is: I think he took someone's job that deserves it. I live in a basketball world. I don't live in a fan world. I know a lot of guys that had their careers stopped by COVID and they're still home working out and training for an opportunity like this. For a guy who has so much money and has another career to just come here and average, like, one point a game and still get glorified is very disrespectful to the game. It's disrespectful to the ones who sacrificed their whole lives for this. The positive side of it is: it brings a lot of attention, and, I guess, money. I don't really pay attention to that type of stuff. I'm more [concerned that] he took someone's job that deserved it."

J. Cole was previously a walk-on player at St. John's University before joining the BAL's Rwanda Patriots. The team's COO, Haydee Ndayishimiye, defended Cole's spot on the team and called it a basketball decision.

"Of course, someone as famous as him will bring a lot of attention, but one thing the BAL, Patriots BBC and his team have committed to do is to treat him like any other player," Ndayishimiye claimed. He's a great basketball player and wants to play the game like everyone else. We understand some other teams may feel this way [as Stoglin does], but we made a basketball decision first. We put together a team that we think can win the BAL championship. We have a roster of over 20 players that were ready to compete, but the final roster could only be 13. We made a basketball decision which can be justified by our performance so far."

Stoglin recently became the first player to score 40 points in a BAL game and is the league's leading scorer with 31 points per game. Since attending the University of Maryland, Stoglin has played in Bahrain, China, France, Greece, Saudi Arabia, Lebanon, Poland, Qatar, Turkey, Ukraine, Venezuela, and Egypt.