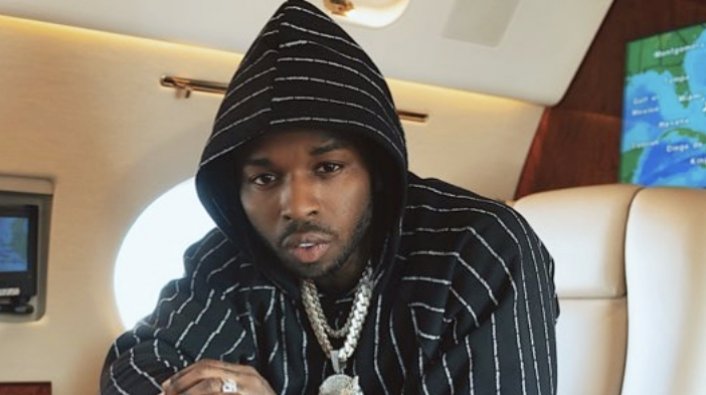 Previously, more information surfaced related to the tragic death of rising star Pop Smoke. Reports noted the rapper was shot by men who broke into the Los Angeles Airbnb the rapper was staying at. Detectives on the case said the rapper was also kicked after being shot before assailants reported fired two more shots. Now more details in the tragic matter have surfaced.

According to the NY Daily News, a 15-year-old suspect allegedly admitted to pulling the trigger during the robbery that led to the death of Pop Smoke. The details were allegedly revealed during a recorded conversation that took place between the alleged shooter and a cellmate in a juvenile detention center. It was noted the goal of the robbery was to get the rapper’s Cuban link gold chain as well as his diamond-flooded Rolex. The teen’s testimony found him revealing that the watch was sold for $2,000.

LAPD Detective Carlos Camacho recently testified during a hearing for 20-year-old Corey Walker and the teen suspect, that went down on May 7, and said the teen “admitted that he shot the victim three times with a Baretta 9.” As of now, all four suspects in the situation have been charged with murder.

On the heels of Pop Smoke's brother's emotional recounting of the rapper's death, new information has surfaced detailing some of what transpired the night of Pop Smoke's murder.

According to reports, Pop Smoke was showering when the masked men entered the Airbnb in Los Angeles through the second-story balcony. An LAPD officer testified about some disturbing details during the preliminary trial hearing for Corey Walker, 20, who is one of the five men being charged in the murder of Pop Smoke. Detective Christian Carrasco testified that one of the masked men pressed a semiautomatic handgun against the forehead of a woman who was in the rapper's bedroom that night and overheard the situation.

“She heard a struggle coming from the shower area and heard Mr. Jackson screaming. Mr. Jackson ran out of the bathroom, and then she heard a loud pop and [heard] Mr. Jackson fall to the ground,” said Carrasco of the Los Angeles Police Department. “Two other individuals began to kick him,” Carrasco continued, citing the woman's testimony following the 4 AM home invasion on February 19, 2020.

“Mr. Jackson gets up and run downstairs. She hears two more pops,” Carrasco said. “She follows Mr. Jackson, sees him on the ground, and screams for Michael (Durodola) to call 911.” The woman also told detectives she believed Pop Smoke's assailants fled with a "large gold watch" and other jewelry.

According to the Los Angeles County District Attorney's Office, four people (two men and two teens) have been formally charged with the murder of Pop Smoke. The LA County DA's Office also announced that "Corey Walker (dob 11/22/00) and Keandre Rodgers (dob 2/12/02) were each charged today in case BA488518 with murder with the special circumstance allegation that the murder occurred during the commission of a robbery and a burglary, making them eligible for the death penalty. The complaint also alleges gang and gun allegations."

Investigators described the suspects as part of an L.A. street gang that is also tied to the murder of 18-year-old Kamryn Stone at the Rose Bowl parking lot in Pasadena on Sept. 14, 2019. A 50-year-old man was also wounded in the incident, which was described as a fight at the time it happened.

According to TMZ, five people were arrested in the Pop Smoke murder investigation. The LAPD reportedly served multiple search warrants around Los Angeles on Thursday (July 9) morning, leading to the arrest of 3 adults and 2 juveniles. All 5 will be interviewed by police and booked.

The "Dior" rapper was shot and killed by 4 masked gunmen back in February. Investigators reportedly believed it to be a home invasion robbery at a rental home in the Hollywood Hills.