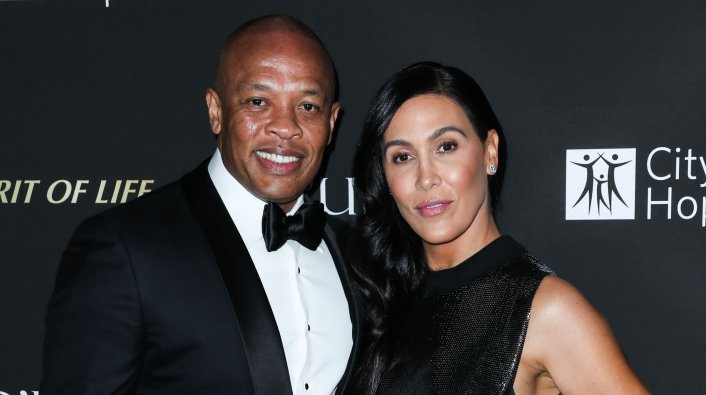 Reports noted that the divorce is far from being settled, as the two still have to navigate the financial portion of their split. News of this comes after a judge reportedly removed both their lawyers from the case, citing issues of conflicting interests.

A judge ruled this week that divorce attorney Laura Wasser and Dr. Dre's lawyer Howard King cannot represent him in his divorce case.

Dre's estranged wife, Nicole Young, and her attorney argued to disqualify King because he represented both Dre and Nicole as their family attorney throughout their marriage. Wasser became disqualified from working with the legendary producer because of her work with King.

Laura Wasser is regarded as one of the biggest divorce attorneys in Los Angeles with a clientele that includes Kim Kardashian. Nicole's lawyer, Samantha Spector, is also considered one of LA's powerhouse divorce attorneys and often faces off against Wasser.

Neither Dr. Dre nor his reps have commented on the ruling.