Trump Calls Out LeBron for 'Racist Rants' Following 'You're Next' Tweet 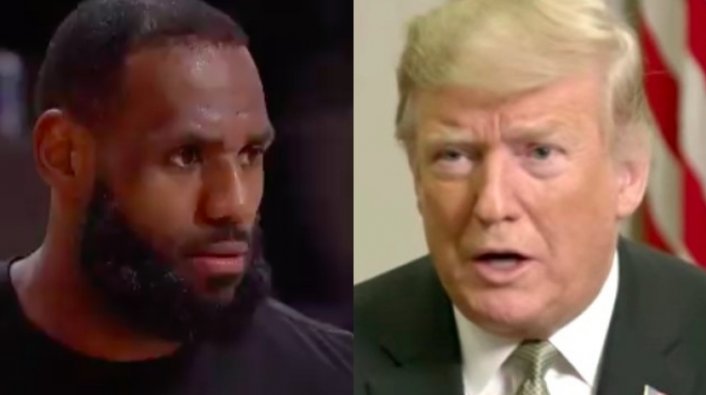 LeBron James caused quite the stir when he tweeted and later deleted a message for the police officer involved in the shooting death of 16-year-old Ma'Khia Bryant. Jumping in late, former President Donald Trump issued a statement calling out LeBron for his "racist rants."

“LeBron James should focus on basketball rather than presiding over the destruction of the NBA,” Trump said in a statement. “His RACIST rants are divisive, nasty, insulting, and demeaning,” he continued. “He may be a great basketball player, but he is doing nothing to bring our Country together!”

James was criticized for potentially endangering Columbus Police Officer Nicholas Reardon with his tweet. Amid the backlash, LeBron said he deleted the tweet because it was “being used to create more hate.”

“This isn’t about one officer. it’s about the entire system, and they always use our words to create more racism,” James wrote. “I am so desperate for more ACCOUNTABILITY,” he emphatically concluded.