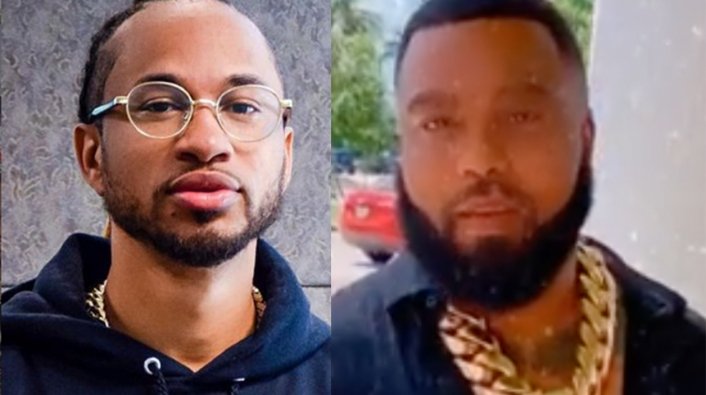 Pretty Ricky artist Spectacular Smith spoke to TMZ about his brother and fellow groupmate Baby Blue's condition after he was shot at a bowling alley in Davie, Florida during a single release party. Spectacular Smith revealed that Baby Blue remains in the ICU after the bullet pierced his lung, leading him to be on a breathing machine in the hospital. Smith added that his parents are the only people who have been able to visit Baby Blue, due to COVID restrictions.

According to TMZ, Baby Blue was shot when two men tried to rob him for his gold chain. He reportedly tried to grab the gun from one of the robbers so they wouldn't shoot his cousin, and Baby Blue was hit in the shoulder, with the bullet also piercing his lung. Footage of the aftermath, posted by Hollywood Unlocked, shows Baby Blue's cousin screaming out for help while Baby Blue is lying on the ground.

Pretty Ricky artist Baby Blue was shot in Miami during a party for his latest single "Jerry Rice" at Sparez bowling alley, according to Hollywood Unlocked.

More details are not known at this time, but we'll be sure to update you as more information is available.