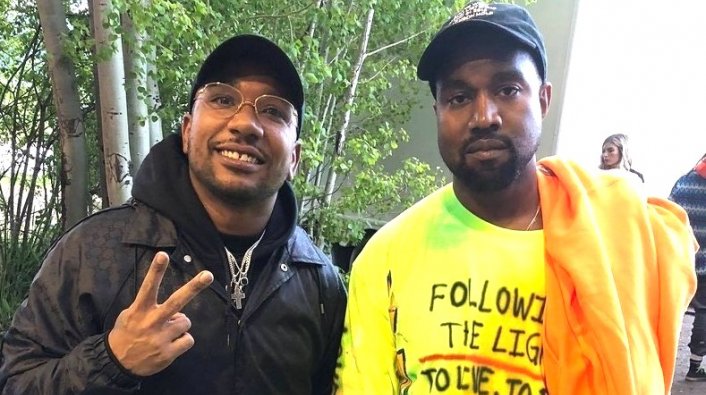 CyHi The Prynce has long been associated with Kanye West, so many people were surprised when 2015's "Elephant in the Room" saw CyHi kidnapping Kanye and shooting up Def Jam offices. He rapped on the track, "Hey ‘Ye, do you know what it feel like?/To really be signed to you in real life?… Sit the f**k down Mr. West, I ain’t done yet/While you’re in your little Lambo on Sunset/I’m riding with a gun next to me."

During a recent interview with HipHopDX, CyHi explained that Kanye was in on the idea of the song, and he added that it was made amid plans for a collaborative album that was supposed to be like an Eminem/Dr. Dre collaboration.

CyHi stated, "You know what, that was for an album we were doing. We were going to do this like Dr. Dre/Eminem album and that was a song Kanye actually gave me. So, I wanted to make it feel like that kind of vibe when I did it. You know how Eminem used to always go at Dre? That’s what I wanted to do."

The album was never released, but CyHi and Kanye went on to work on various projects, including Kanye's 2010 album My Beautiful Dark Twisted Fantasy, 2013's Yeezus, The Life of Pablo, and Jesus is King.