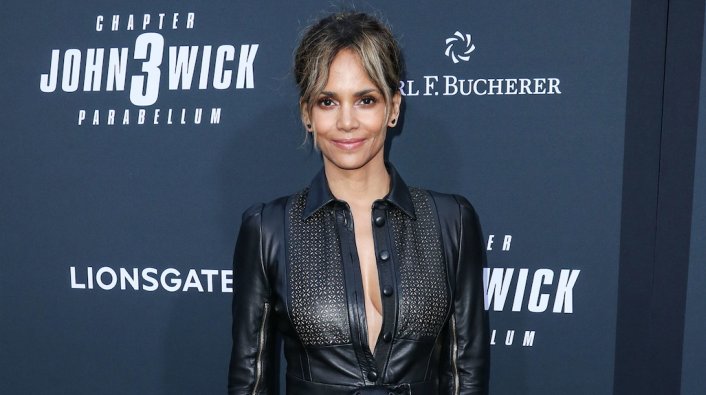 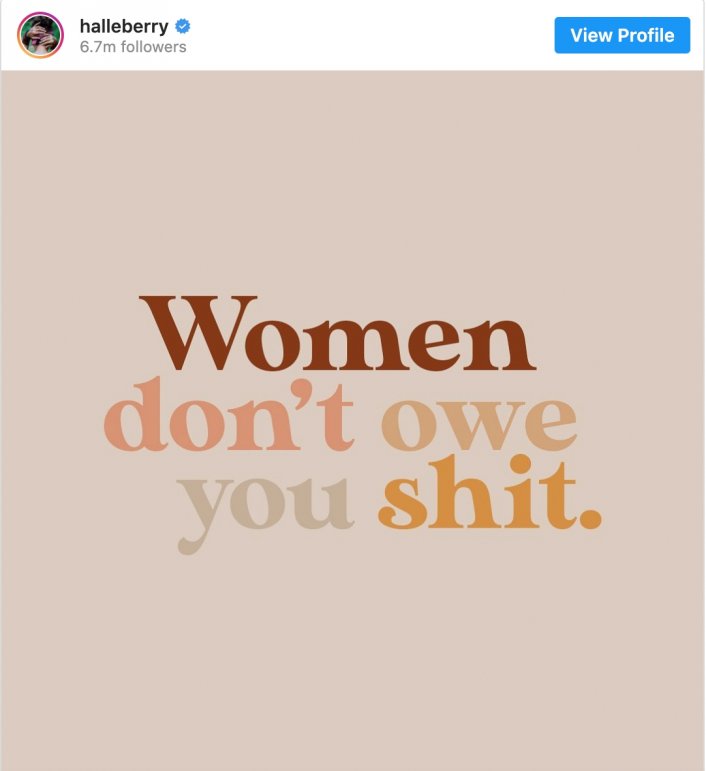 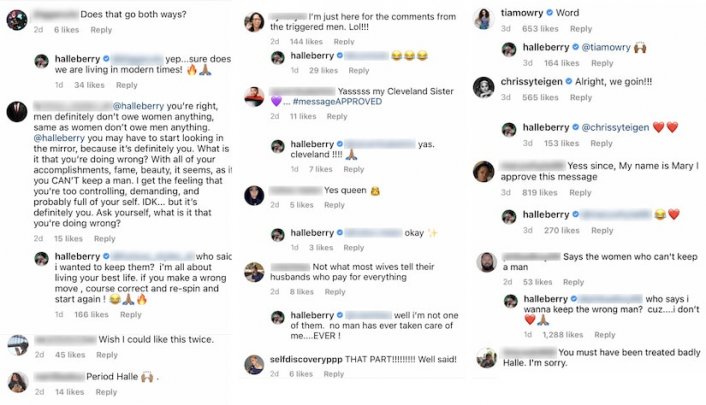 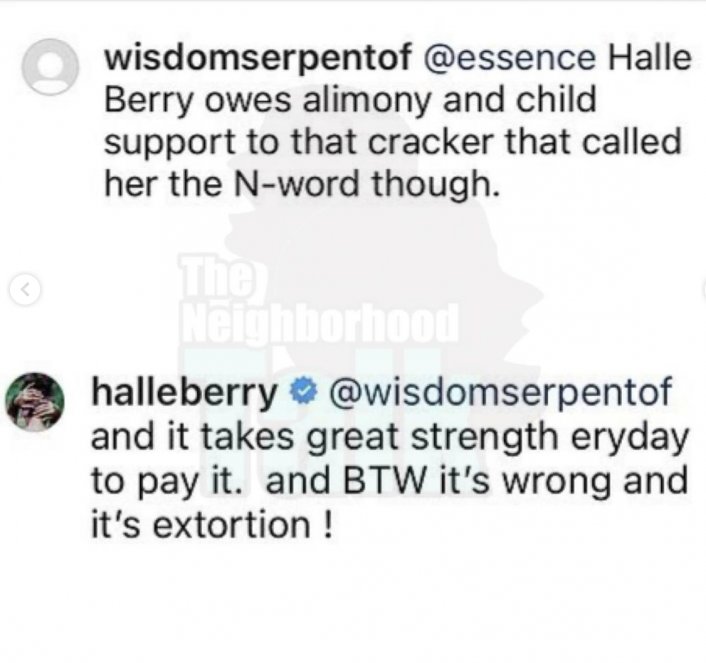 Halle Berry found herself responding to internet trolls after sharing an empowering quote for women on Instagram.

"Women don't owe you s***," the quote read, gaining cosigns from other celebrities such as Chrissy Teigen and Tia Mowry.

While many supported Halle's post, others took it as an opportunity to criticize the Oscar winner's dating history.

"You're right, men definitely don't owe women anything, same as women don't owe men anything. @halleberry you may have to start looking in the mirror, because it's definitely you," one user commented. "What is it you're doing wrong? With all of your accomplishments, fame, beauty, it seems, as if, you CAN'T keep a man. I get the feeling that you're too controlling, demanding, and probably full of your self. IDK.... but it's definitely you. Ask yourself, what is it that you're doing wrong?"

Rather than ignore the negative remarks, the actress replied, "Who said I wanted to keep them? I'm all about living your best life, if you make a wrong move, course correct and re-spin and start again!"

After another troll commented, "Says the women who can't keep a man," Berry wrote, "Who says I want to keep the wrong man cuz...I don't."

"Not what most wives tell their husbands who pay for everything," another user wrote, to which Berry replied, "Well I'm not one of them. no man has ever taken care of me...EVER!"

Halle Berry also commented on paying child support, writing, "And it takes great strength eryday to pay it. And BTW it's wrong and it's extortion!"

She continued by responding to one user who asked her thoughts on men paying alimony and child support, and if she considered that extortion as well.

"I'm not going to speak on alimony as I have never asked for it nor have I ever paid for it," Berry began. "However, as for child support I feel I can speak on it as I've been paying it for a decade now. I feel if a woman or man is having to pay support that is way more than the reasonable needs to help SUPPORT the child, I think that is wrong! I understand some parents (man or woman) may need help, but I also feel that in these modern times both men and women have the responsibility to financially take care of their children and work hard and make every effort to do so. The way many laws are set up people are allowed to USE children in order to be awarded money to live a lifestyle that not only they did not earn, but that is way above and beyond the child's reasonable needs, and that is 'THE WRONG' and where I see the abuse."

Halle Berry is the mother to two children, a son from her relationship with her ex-husband and actor Olivier Martinez, and a daughter whom she shares with ex-boyfriend Gabriel Aubry.

Check out Halle Berry's responses above.