Statik Selektah Gets Into Heated Twitter Exchange With Piers Morgan 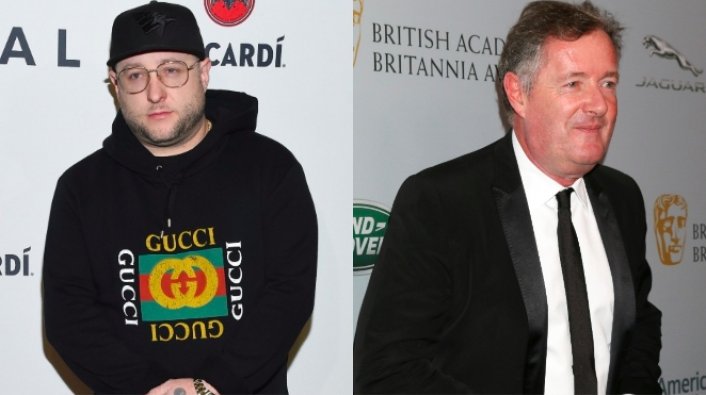 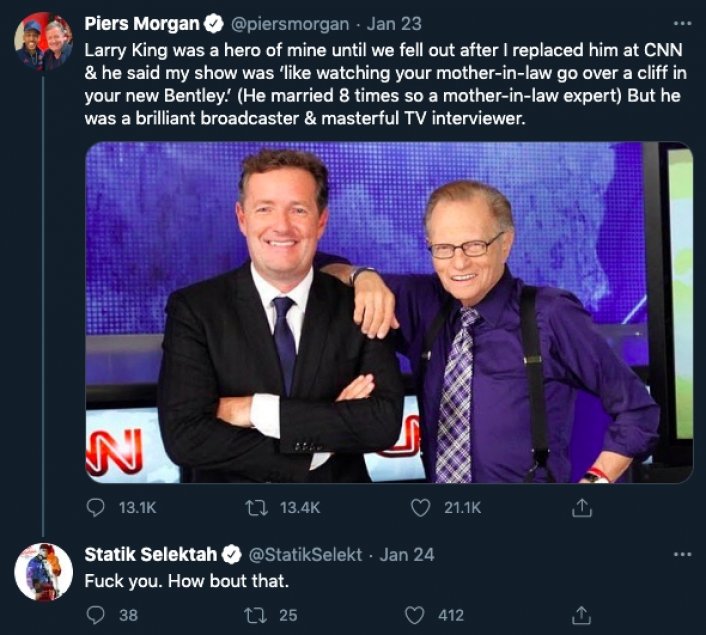 The passing of legendary TV host Larry King sent shockwaves through the entertainment world, and many have shown their love to King since then. Piers Morgan recently addressed King’s passing with comments that many felt were a backhanded compliment to the late interviewer. Piers Morgan said, “Larry King was a hero of mine until we fell out after I replaced him at CNN & he said my show was ‘like watching your mother-in-law go over a cliff in your new Bentley.’ But he was a brilliant broadcaster & masterful TV interviewer.” Statik Selektah didn’t take too kindly to the words and responded to Morgan on Twitter by saying, “F**k you. how about that?" Since then, Morgan fired back, which led to an exchange between the two.

Piers Morgan said, “Who are you? How about that?" Statik Selektah then took to IG and said, “So this b***h a** @piersmorgan dissed Larry King on the day he died & decided he wanted the smoke with me... (this ain’t over).” Take a look above.