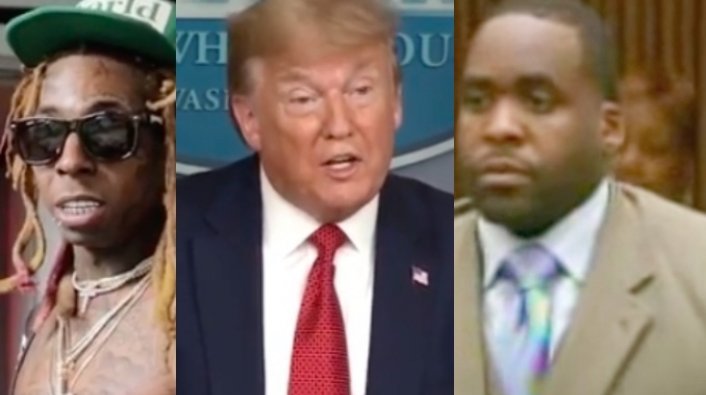 Donald Trump has pardoned or commuted the sentences of 143 people, hours before the end of his presidential term, including ones for Roc Nation CEO Desiree Perez and rappers Lil Wayne and Kodak Black.

Former Detroit mayor Kwame Kilpatrick was also pardoned. He was sentenced to 28 years in 2013 for two dozen charges including racketeering, bribery and extortion from a conspiracy. As for Lil Wayne, he was facing 10 years in prison after pleading guilty in December to illegally possessing a firearm. Kodak Black has been in federal prison for over a year after being sentenced to nearly four years for making a false statement to buy a firearm. His sentence was commuted.

Roc Nation CEO Desiree Perez was arrested in 1994 for drug possession and in 1998 for grand larceny and possession of a firearm. The White House released a statement regarding the charges, which reads, "Ms. Perez was involved in a conspiracy to distribute narcotics. Since her conviction, Ms. Perez has taken full accountability for her actions and has turned her life around. She has been gainfully employed and has been an advocate for criminal justice reform in her community."