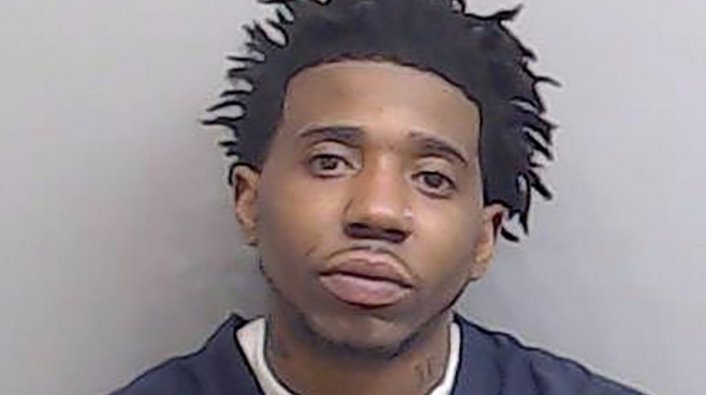 According to the Atlanta Journal-Constitution, YFN Lucci, real name Rayshawn Bennett, was named the driver in the fatal shooting in southwest Atlanta last month. The AJC obtained the arrest warrant on Thursday, revealing Lucci and "three other criminal street gang members" drove into rival gang territory before two men from inside Lucci's vehicle opened fire, wounding a man. Investigators obtained a video before the shooting that showed Adams saying, “We finna (expletive) this city up, man!”

One of the shooters, 28-year-old James Adams, was struck in the head by return fire. Following the shooting, Adams was "manually ejected" from the SUV allegedly driven by Lucci and left on a nearby street to die.

The other alleged shooter, 23-year-old Ra’von Boyd, was arrested in Miami along with 17-year-old Leroy Pitts. Authorities weren't clear whether the teen played any role in the shooting.

YFN Lucci is currently facing four charges, including murder, aggravated assault, participating in criminal street gang activity, and possession of a firearm during the commission of a felony. His attorney told TMZ,  "Our review of the initial evidence made available to us indicates there is no basis for any criminal charges against Rayshawn Bennett. We will continue our own independent investigation on his behalf."