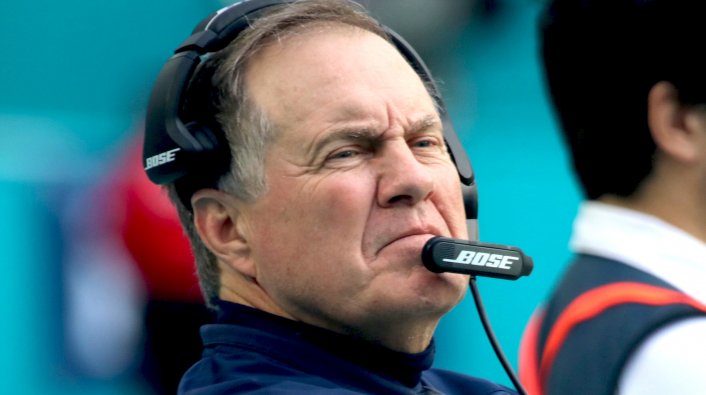 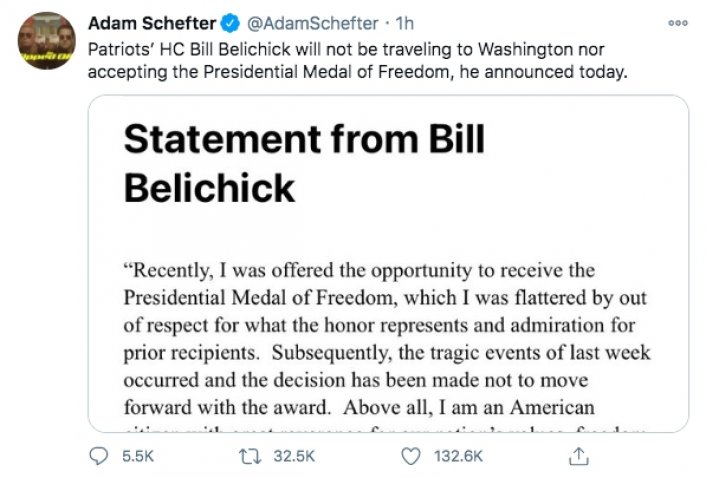 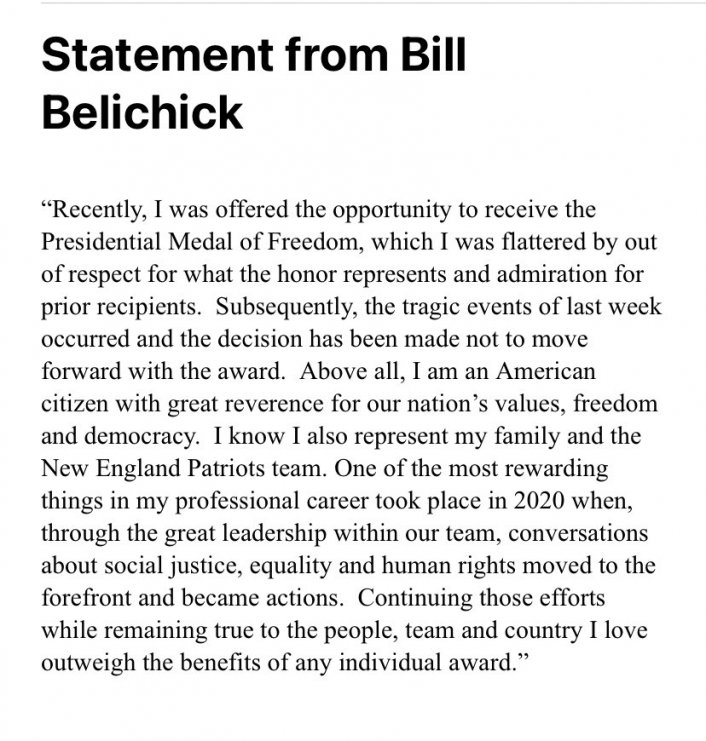 According to reports, New England Patriots legendary head coach Bill Belichick declined the Presidential Medal of Freedom in response to the Capitol Hill riot last week. Belichick issued a statement on Monday outlining his reasons for not accepting the highest civilian honor.

“Recently, I was offered the opportunity to receive the Presidential Medal of Freedom, which I was flattered by out of respect for what the honor represents and admiration for prior recipients,” said Belichick in a statement written to ESPN's Adam Schefter. “Subsequently, the tragic events of last week occurred, and the decision has been not to move forward with the award,” he concluded.

This latest development is yet another occurrence of yet another Trump supporter now distancing themselves from the president in his final days in office and on the heels of one of the most chaotic episodes in American history.