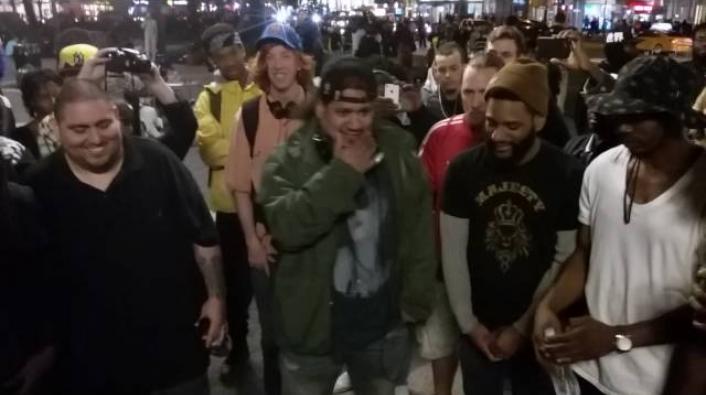 Social justice activists and Hip Hop artists from around New York City and areas far off in the Middle East and Latin America have been mourning the passing of beloved emcee/organizer, Daniel "Majesty" Sanchez since Friday night. Majesty, who for years was a mainstay in the conscious underground Hip Hop scene, and battled alongside some of the city's most persistent anti-police brutality advocates. He was confirmed by members of his family to have passed on Tuesday, [October 4]. He was just 35-years-old.

Majesty had been frequenting local cyphers and doing shows around the city's five boroughs for close to two decades. For 10 of those years, he had evolved to operate as a change agent through his work doing Cop Watch in marginalized communities, filming police interactions in an effort that was largely responsible for legislators eventually abolishing Commissioner Ray Kelly's unconstitutional Stop and Frisk policy.  Most recently, Majesty put in work supporting the families of police shooting victims Ramarley Graham and Akai Gurley. His work extended beyond U.S. borders, with his participation in campaigns to challenge imperialism and human rights violations in places like Palestine and Cuba. All the while Majesty remained active close to home, as a transformative member of the Latin Kings and Chosen 33 Chapter of the Zulu Nation.

The cause of Majesty's death remains under investigation by his family and community. He lived his last days in Las Vegas, where he had relocated to work on his debut album, tentatively titled "The Rebirth of Alchemy."