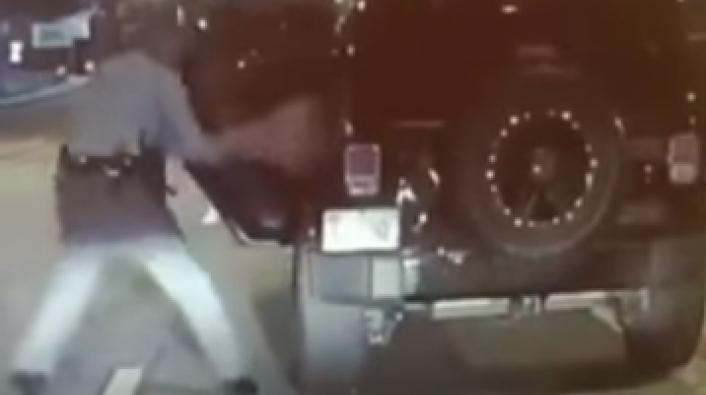 With all the recent news of police brutality and violence, many celebrities have been speaking out, including Love & Hip Hop Atlanta's Tommie Lee, who shared a video of a police officer forcefully dragging her out of a Jeep.

The reality star was the passenger in a car that was pulled over for suspicion of DUI. When an officer asked her three times to get out of the vehicle, and she didn't comply, he forcefully grabbed her by the arm and slammed her on the pavement, cuffing her hands behind her back. Tommie says she was so dizzy from being slammed on the ground that she could barely get back up on her feet afterward.

She wrote on Instagram, "hit my head so hard on the ground couldn't film greenscreen for a week, because of the disfigurement on my forehead. which is why I couldn't stand up straight. I blacked out and was dizzy!! #Traumatized #pleasestoppolicebrutality."

Check out the video up top.